Typical Frankfurt delicacy that are traditionally baked for Christmas. 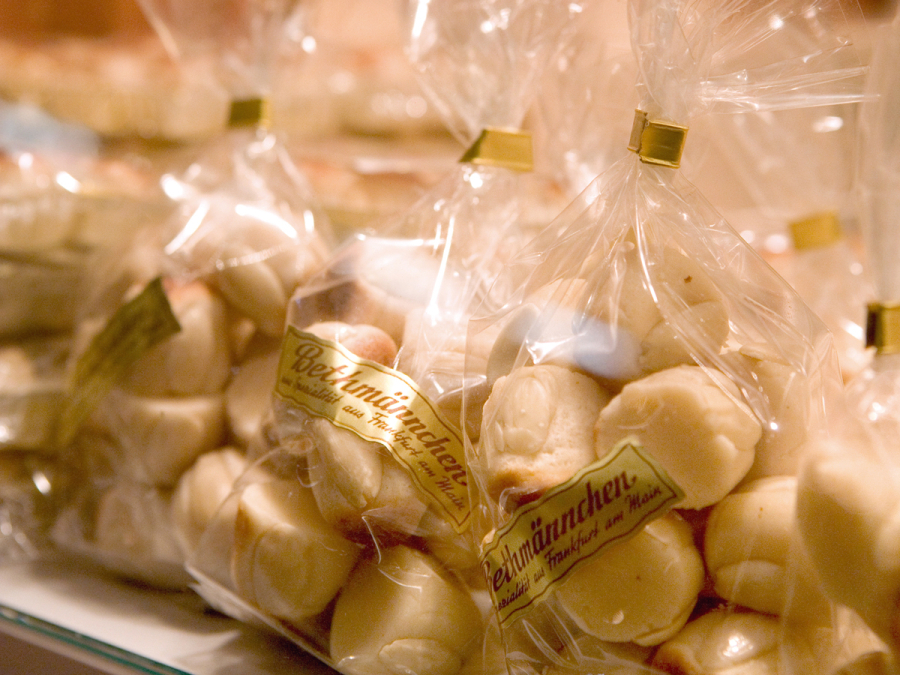 You can also buy Bethmännchen all year round in many Frankfurt pastry shops.
The Bethmännchen are named after the Frankfurt Bethmann family. According to the legend, the Bethmännchen have been invented in 1838 by the French confectioner Jean Jaques Gautenier, who lived in Friedrichsdorf. Initially they were decorated with four almond halves, one for each of Bethmann’s four sons. After the death of son Heinrich in 1845, half an almond was omitted from then on.

Ingredients
- 1 egg
- 200g marzipan paste
- 50g powdered sugar
- 1 tbsp flour
- 50g almonds (peeled, halved)
- some rose water
Separate the egg and set aside half of the egg yolk (for glazing).
Dice the marzipan. Knead the egg white, the remaining egg yolk, marzipan, powdered sugar, rose water and flour until its smooth.
Put the mixture in the refrigerator for half an hour.
Shape the dough into a roll and cut into even pieces. Roll the pieces into cherry-sized balls.
Place the balls on a baking sheet, whisk the egg yolk and 1 tbsp of water and brush them. Then press three almond halves onto each ball.
Bake in the oven at 150 degrees for approx. 20 minutes until the Bethmännchen are lightly browned.