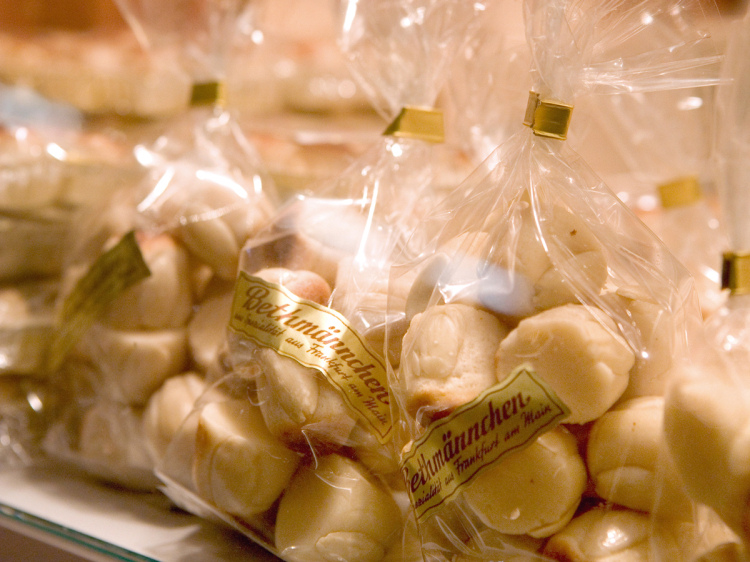 These small biscuit-like treats are made of marzipan, rolled into a little ball and then decorated with three halved almonds.

The story of the Bethmännchen dates back to the early 19th century and the famous Frankfurt banking family, the Bethmanns. Upon a time, a sweet biscuit was served during a lunch in 1838, decorated with four almonds representing Bethmann's four sons: Alexander, Karl, Moritz and Heinrich. After Heinrich's death in 1845, they used only three almonds.