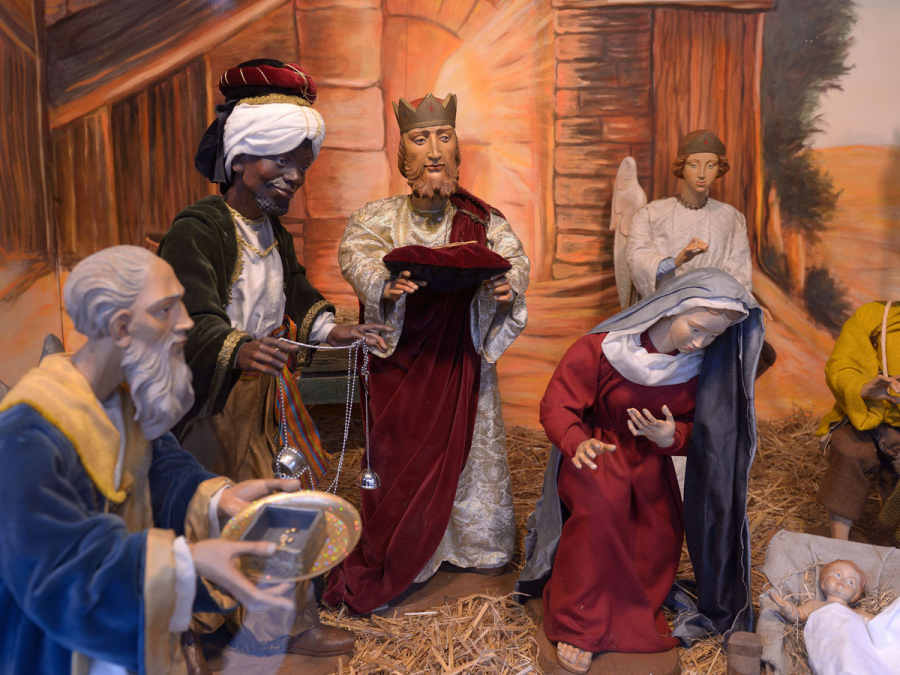 The original mystery play was presumably based on a historical encounter that occurred in 941, when King Otto the Great and his brother Heinrich reconciled after a long period of estrangement. Heinrich had dropped to his knees before his brother outside of the chapel after Christmas mass. This moving scene was put to canvas by the artist, Alfred Rethel. Today, the painting resides in Frankfurt's Historical Museum. 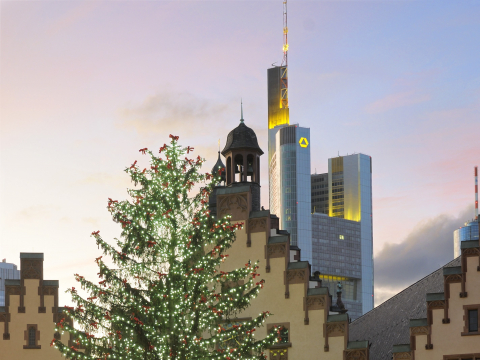 Some love him, some would like to have a different one… the Christmas tree on Frankfurt’s Römerberg causes disagreements between fans and critics every year.

We have created a gallery of Christmas trees from the last ten years to indulge in memories and review the grace of Frankfurt’s Christmas trees. You have to issue your own judgments: