Frankfurt's Jewish community was re-established in July 1945, shortly after the end of the Second World War. 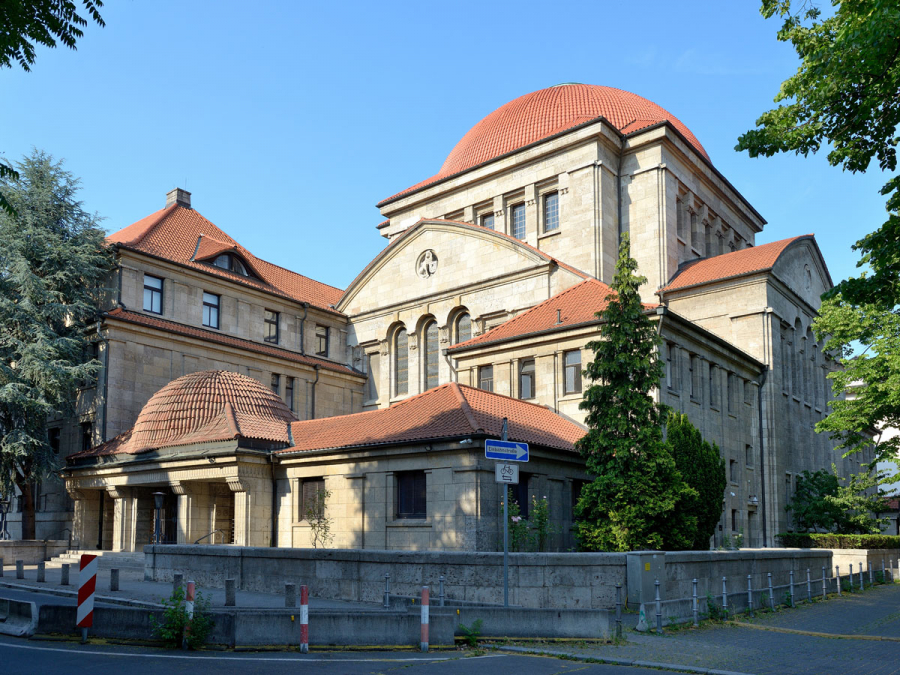 Frankfurt's Jewish community was re-established as early as July 1945, only two months after the end of World War II. It consisted to a large part of holocaust survivors from Eastern Europe.

Today, the Jüdische Gemeinde (Jewish Community) in Frankfurt comprises some 7,000 members, making it the second largest in Germany behind Berlin. The Jewish Museum Frankfurt, the Fritz Bauer Institute of History and Impact of the Holocaust, the Judaica Collection of the Municipal and University Library of Frankfurt and the Jewish Community Frankfurt are all important cornerstones of Jewish life and culture in Frankfurt.

One very special cultural highlight of Jewish life in Frankfurt is the Westend Synagogue on Freiherr-vom-Stein-Straße, erected between 1908 and 1910. The massive dome is particularly striking, being visible from far and wide. The gable at the entrance side of the building features a medallion with a lion holding with its paw a shield adorned by the Star of David. The synagogue's interior is richly decorated with ornaments featuring the colours of blue and yellow gold. The main area, where services are held, is able to accommodate up to 1,000 worshippers. Other rooms and chambers include various administrative rooms, several flats, a prayer room and a second prayer chamber that may also be used as a lecture hall.

Westend Synagogue is one of the few Jewish places of worship that survived the Second World War, although it was greatly damaged by fire.  It was reconstructed in 1950 and once more in 1994. Today, it serves not only as a religious centre, but a memorial. 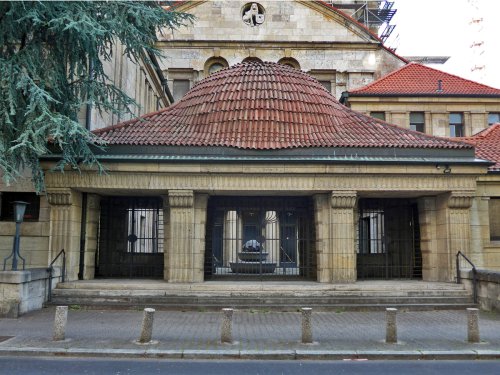 Built in 1910, the neo-classical domed synagogue in Frankfurt’s West End seems almost oriental in its style.