Whether it’s a large-scale sporting event, a spectacular art exhibition or a traditional folk fair, Frankfurt will once again be putting on show a superb range of very special events in the coming year. 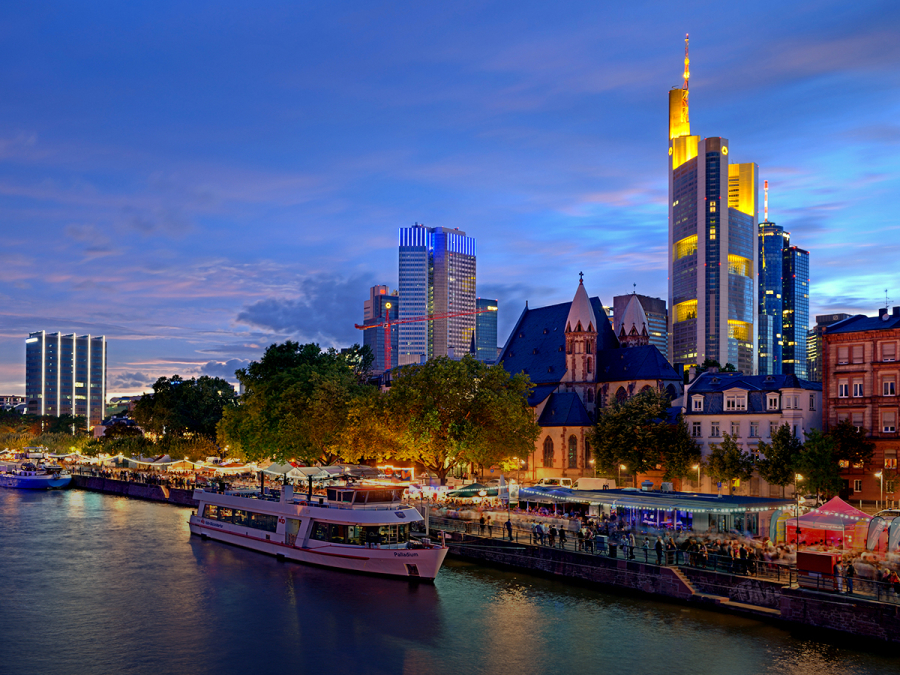 Frankfurt/Main, 08th January 2016 (tcf). Frankfurt has been enjoying the reputation of a cultural metropolis for many, many years, offering both locals and visitors a diversified, high-quality programme of events. One of the first highlights of 2016 will be taking place at Schirn Kusthalle from 26th February to 29th May. Known far and wide for his highly imaginative artistic creations, Joan Miró (1893 – 1983) gained widespread renown as one of the most popular painters of the 20th century. The Spanish artist was simultaneously one of the leading representatives of the surrealist movement, developing his own style of pictorial expression using lines, colours, characters and symbols.

The world-famous Städel Museum, meanwhile, will be taking a closer look at a fascinating chapter of Italian art history with an art show entitled MANIERA. On display from 24th February to 05th June, the exhibition will show works representing the Florentine movement of Mannerism. Masterpieces from renowned artists such as Andrea del Sarto, Pontormo, Rosso, Bronzino and Vasari will be jointly presented for the very first time.

In March, visitors of Frankfurt will be able to experience the city in an entirely different light. Every two years, artists, architects and lighting designers come together at the Luminale, a biennial illumination festival taking place parallel to the Light+Building fair. Their show, which runs from 13th to 18th March, bathes Frankfurt in colourful rays of light, creating a scene that is nothing short of spectacular.

Next, the Frankfurt Music Fair will be presenting itself with a brand-new fair concept as well as an entirely new look and feel. From 07th to 10th April, the general public will be able to dive even deeper into the world of music, with the show being subdivided into three thematic segments. Music fans will have the opportunity to test instruments, experience live events and meet famous individuals from the international music scene.

Music will also be the main theme at the BigCityBeats WORLD MUSIC DOME, a block-busting event of massive proportions. More than 100 DJs from 30 nations will be coming together at the Commerzbank Arena from 27th to 29th May to celebrate a unique open-air club music festival.

Those who prefer things a bit more folksy are sure to enjoy themselves at the Wäldchestag. This time-honoured folk festival annually attracts locals of all ages to Frankfurt’s city forest to celebrate their very own “public holiday”. Held from 14th to 17th May, the forest fair features countless beer gardens, state-of-the-art fairground rides and dozens of live performances.

The Opera Square Festival, meanwhile, is a true feast for the senses, featuring a broad culinary offer and colourful live music programme that includes everything from jazz to pop. Taking place from 22nd June to 01st July, the festival is known for its romantic setting, with the façade of Frankfurt’s time-honoured opera house illuminated with hundreds of lights.

Fans of endurance sports are urged to mark the 03rd of July in their calendar. On this day, top athletes from near and far will come together in Frankfurt for the simple matter of 3.8 kilometres of swimming, 180 kilometres of cycling and a full marathon – 42.6 kilometres – to finish things off. Known as the IRONMAN European Championships, this competition is popular for its spectacular setting and unique atmosphere. The finish line on Frankfurt’s Römerberg – the heart of the city’s old town – is particularly impressive, with athletes being spurred on to a grand finale by thousands of cheering spectators.

Visitors with a taste for something different should make sure not to miss Frankfurt’s Apple Wine Festival, taking place from 12th to 21st August. Held in the heart of the city, this festival pays tribute to the locals’ beverage of choice. Whether served in its traditional form, as a trendy mixed drink or summer cocktail, apple wine is a taste to behold. The festival’s offerings are rounded off with a variety of regional specialities.

One of the biggest highlights of 2016 is sure to be the hugely popular Museum Embankment Festival, one of Europe’s largest cultural celebrations. Traditionally held on the final August weekend (26th – 28th August), the festival attracts audiences from far beyond the city limits, with up to two million visitors making merry along the banks of the majestic River Main each and every year. During the festival, museums remain open late into the night, while countless stands and stalls along the riverside sell handcraft, accessories and culinary delicacies from all across the globe. And if that’s not enough, there’s also a multifaceted stage programme providing live entertainment for the young and young at heart.

In late summer, winegrowers from the renowned Rheingau region come to the Freßgass’ – Frankfurt’s culinary mile – to present more than 600 varieties of wine (02nd – 22nd September). The fine drops on offer include everything from noble vintages to light and fruity summer wines. Aside from the dominant Rheingau Rieslings, the festival also features a range of wines made of alternative grape varieties.

The year traditionally ends with the Frankfurt Christmas Market, one of the oldest and largest in all of Germany. Scheduled to take place from 23rd November to 22nd December, this yuletide celebration annually transforms Frankfurt’s old town into a beautiful fairytale setting, attracting visitors with over 200 stalls and booths as well as numerous fringe programme events. Advent concerts are held regularly on the Römerberg stage, while brass bands playing on the balcony of St Nicolas Church spread Christmas cheer throughout the old town.