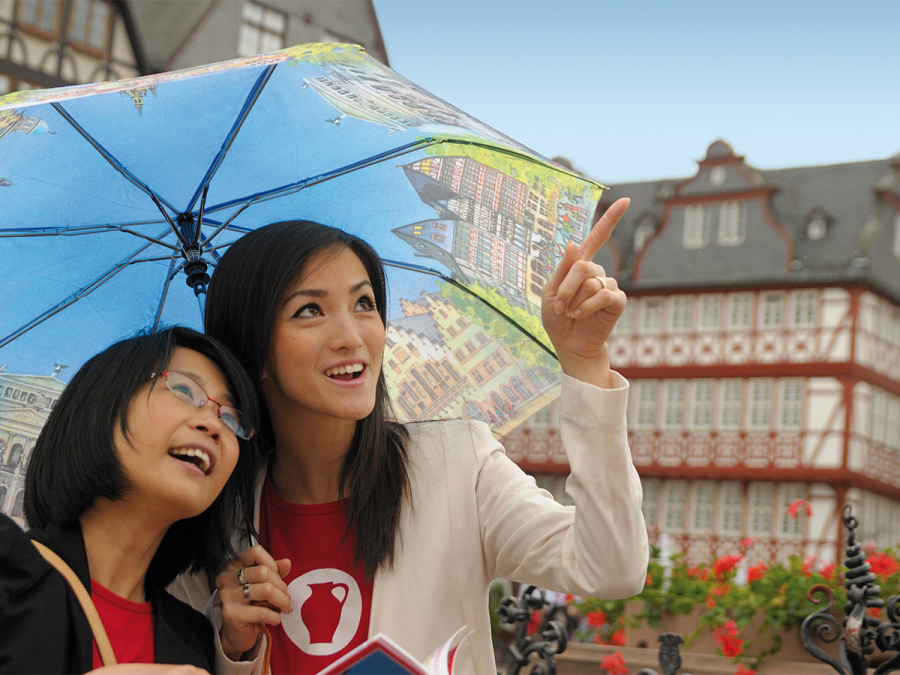 The latest visitor and accommodation figures for Frankfurt have once again surpassed the record results of the year prior. In 2016, Frankfurt welcomed around 5.2 overnight guests, an increase of 1.9%. Better yet, with a grand total of 8.8 million overnight stays (+1.5%), Frankfurt’s hotel industry recorded more overnight stays than ever before.

Overseas markets, especially Asia, have been instrumental in driving growth. Approximately 2.2 million overnight stays (+1.7%) by overseas visitors were recorded in 2016. The vast majority of these came from the USA, some 578,549 in all (+5.0%). China was second with 308,546 overnight stays (+10.3%). The Middle Kingdom has thus become Frankfurt’s second-most important overseas market, replacing Great Britain. After several years of strong growth, the source market representing the Arab Gulf States recorded its first negative year with 229,701 overnight stays (-7.9%). The Japanese market also suffered losses in 2016, most likely due to security concerns in Europe, recording 154,299 overnight stays (-13.1%).

Frankfurt’s hotel industry is one of the fastest growing in all of Europe. With some 271 establishments (+6) and 49,392 beds (+4,000), the city’s accommodation offers are more extensive and diversified than ever before. What's more, there are further investments and new accommodation establishments planned for the near future as well. At the moment, bed occupancy is at 48.9%, having decreased very slightly in 2016. Average room occupancy, meanwhile, was at approximately 68.5%. The duration of stay has remained almost exactly the same at 1.69 days.

Frankfurt has every reason to be optimistic about tourist and visitor activity in 2017 and will most certainly be breaking the nine million overnight stays mark during the course of the year.