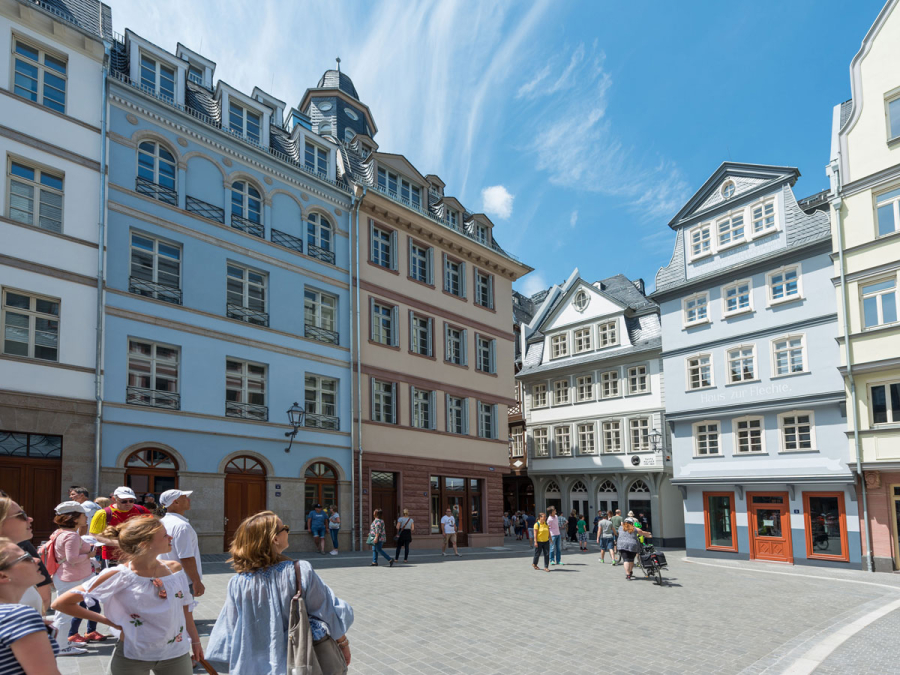 Tour:
Frankfurt looks back on a long and storied past, one that dates back thousands of years. During this time, the area was inhabited by many different peoples, hailing from many different historical backgrounds. The Celts are known to have established settlements on the site of today’s old town centre long before the arrival of the Romans. Later, during the Middle Ages, the ruling Carolingians erected the first royal palace there, also building a palace chapel. With the passing of the centuries, each following era left its own legacy in the colourful and moving history of Frankfurt, with the old town serving as a constant backdrop. Having been almost entirely destroyed by the air raids of World War II, it was rebuilt as best possible in the years thereafter. Through the years, every decade characterised the picture of Frankfurt’s old town in its own way.

With the rebuilding of New Frankfurt Old Town between Dom and Römer, Frankfurt’s old town brings its mediaeval style back to life, at the same time making the quarter and the coronation route more perceptible to tour participants as well as locals and visitors in general. The New Old Town Tour explains to visitors the concept behind the quarter’s restoration as well as the history of some of the reconstructed buildings during this city walk.