As a city that not only looks back on centuries of Jewish history but is also home to the third largest Jewish community in Germany, Frankfurt has once again become one of the places where Jewish culture plays an active part in city life. The heritage can be discovered in numerous places in Frankfurt, beginning at the cornerstones in the life of one of 20th century Frankfurt's most famous daughters: Anne Frank, who would be celebrating her 89th birthday on June, 12th. 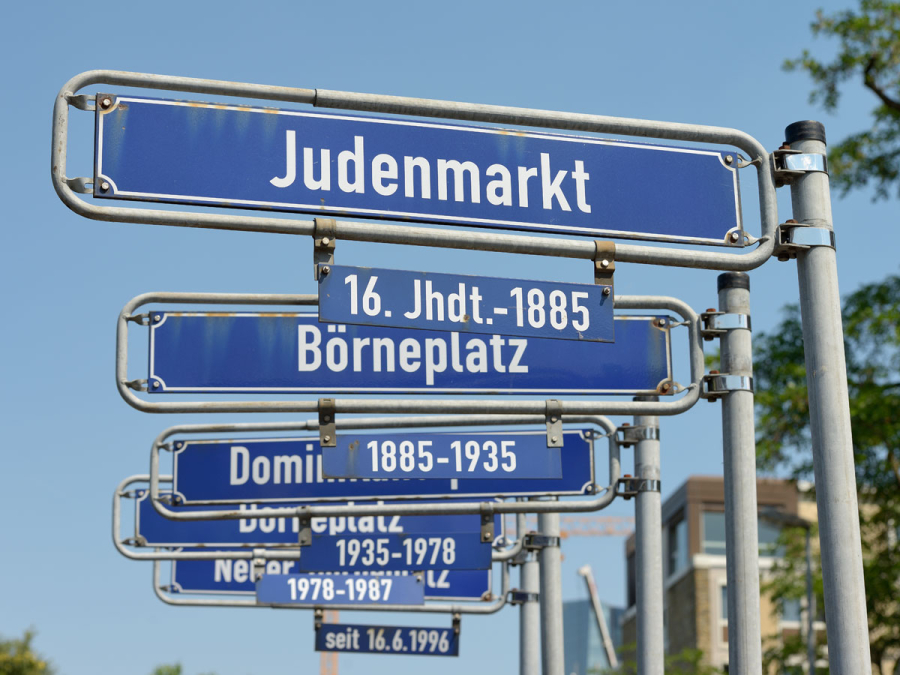 The stories in Anne Frank's diary have moved manhood for decades and during this time have motivated millions all over the world to fight xenophobia, anti-Semitism and the heritage of Germany's Third Reich history with all of its cruelty. The beginning of these stories is set in Frankfurt where the young Jewish girl was born. To honor her birthday, Frankfurt has initiated the tradition of „Anne Frank Day“ in 2017 with a versatile program of readings, guided tours, panel discussions as well as projects that show how relevant Anne Frank's story still is for modern life. You can also start your own discovery tour in the Frankfurt district Dornbusch, where Anne Frank was born and lived for a few years: there are memorial plaques in front of her birthplace in Marbachweg 307 as well as her former home in Ganghoferstraße 24. Also in this district, Begegnungsstätte Anne Frank has opened its modern and interactive learning lab in summer 2018, which does not only provide information on Anne Frank's story, but focuses on everything that can be done today – by us – to ensure that racism, anti-Semitism, hatred and violence do not stand a chance. Groups with over 13 year olds can make appointments to visit the learning lab.

While the story of the Frank family is well-known all over the world, Frankfurt – as city with the largest Jewish community in Germany before 1933 – has many more and unknown stories to tell, about over 30,000 Jews in Frankfurt that were forced to flee, got deported, tormented and murdered by the Nazis. All over town, there are more than 1,000 „Stolpersteine“ (stumbling blocks) telling passers-by about their existence. An authentic way to discover their lives and fates is by following the ten guided tours from the book „Zehn Rundgänge“ that was written by „Initiative Stolpersteine Frankfurt“. In these guided tours visitors and locals learn the touching fates of people that otherwise might have been forgotten.

Additionally, a few of the regular guided tours lead through the city's Jewish history. On the two-hour tour „Jewish Frankfurt by foot“ you discover the history of Jewish tradition in the the city center, between Römerberg and Cathedral, Saalgasse and Staufenmauer. The bus tour that takes two hours as well, also starts at Römerberg and leads you towards Friedberger Anlage and Eckenheimer Landstraße, where former synagogues as well as the New Jewish Cemetery were and are located.

Despite all the horrors of history, Jewish life and religion are an active part of Frankfurt city life today, which is due to places like Westend synagogue, whose community today includes about 7,000 members. Here, you can experience authentic Jewish culture during services and meet and speak to the parish members during the festivities of various holidays. There are also guided tours telling you about the story of the building. It was constructed in the first decade of the 20th century and was the only synagogue in Frankfurt surviving Kristallnacht. During World War II the synagogue on Freiherr-vom-Stein-Straße was badly damaged, it got rebuilt and reopened in 1950 and renovated after historic originals in the 1980s and 90s.

For all those who need a break from discovering Frankfurt's Jewish history, but do not want to stop learning about Jewish traditions, there are various possibilities of doing so in Germany's most international metropolis. You can go shopping kosher products at Migdal Koscher-Laden on Saalburgallee close to the underground station „Eissporthalle/Festplatz“ for instance, or get great meals and service at Sohar's Restaurant on Savignystraße inside the Jewish parish rooms.

And even in the brilliant sunlight there is the perfect place to combine a great day in Frankfurt with the discovery of Jewish history: At Rothschildpark close to Alte Oper you can enjoy spending a day surrounded by countless varieties of green as well as sculptures. The park was founded by and named after the banker family Rothschild, that formed the city of Frankfurt like nearly no other family and whose traces can still be found right here at the park. And the bank towers all around you make it perfectly clear that Frankfurt would not be the same without the Rothschilds' influence.

In November 1988 Frankfurt got Germany's first independent Jewish Museum that tells more than 800 years of Jewish everyday life here in Frankfurt. At present, the principal building that is located inside Rothschild-Palais is closed due to renovation, a second building – Museum Judengasse – however, is still used, also for regular temporary exhibitions. The permanent display focuses on the history of Jewish life in Frankfurt's city center ever since the Middle Ages. Additionally, the museum organizes guided tours at the memorial Großmarkthalle, that has been set up in 2015 on the area of the new European Central Bank building, reminding its visitors of countless Jews that were deported by the Nazis.

The 54,000 square meters large new Jewish Cemetery in Frankfurt-Eckenheim was opened in 1929 and is still used by the Jewish parish in the city, whose story it's telling its visitors day by day. Its outside wall for instance was rebuilt after the war, using stones from the primary synagogue as well as Börneplatz synagogue, which were destroyed during Kristallnacht. Not open for visitors, however, is the old Jewish Cemetery, Germany's second largest Jewish burial ground. But even though the gates are closed, walking along its walls, Jewish history can be experienced right in Frankfurt's city center – exactly on Battonnstraße. Passing the northern outside wall you can read the names of nearly 12,000 Jews from Frankfurt, who were murdered by Nazis. And when glancing past the bars in the gates you can practically see how Nazis raged here and destroyed tombstones, which give you an impression what hatred, exclusion and cruelty must have felt like.

Only months before the war ended, one of their victims became Anne Frank. The message that the young Jewish girl from Frankfurt stands for today is clear: What our society needs is open-mindedness, acceptance and an awareness of history in order to overcome racism, hatred and disapproval against the unknown. A thought that the international population of this city lives every single day. It is time to get a good look on Frankfurt and its people: First in the foyer of Helaba bank inside Main Tower, the only skyscraper in the city that is open for visitors, where the mosaic „Frankfurter Treppe“ (Frankfurt stairs) shows 56 personalities that are connected to Frankfurt – with Anne Frank among them. A few minutes later you can look down on the city from a bird's eye view on the roof platform. With thousands of people and stories right in front of you. It is worth taking a close look! 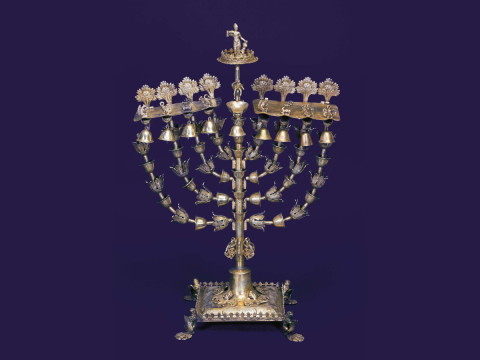