Luminale 2016 – A spectacle of light along the River Main

Urban architecture and innovative light effects are the primary components of this unique festival held in Frankfurt every two years. 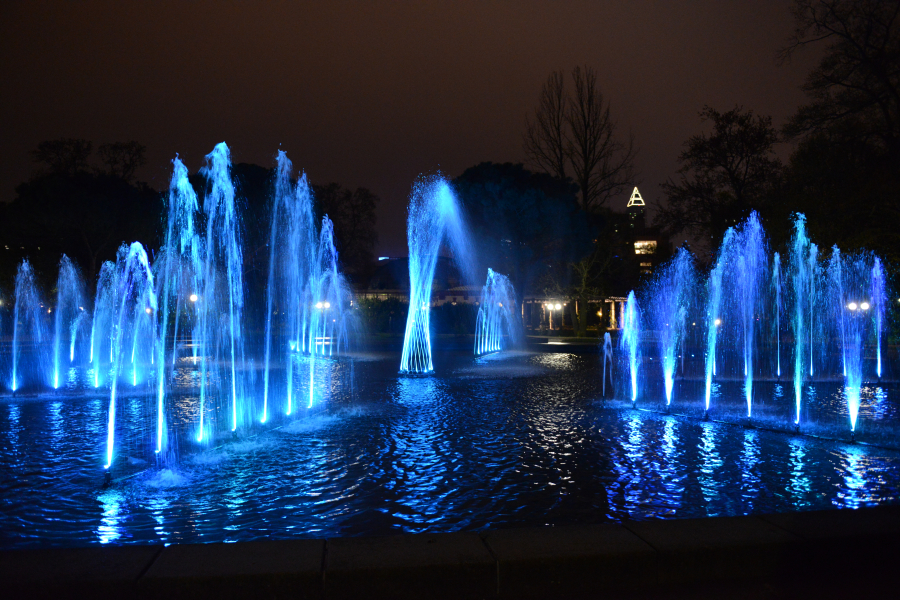 Frankfurt/Main, February 2016 (tcf). One of Frankfurt’s most popular events is about to return to the metropolis on the River Main. The biennial “Luminale”, taking place from 13th to 18th March 2016, sees numerous lighting designers, architects and illumination artists come together from near and far to bathe Frankfurt in a beautiful sea of light, thereby creating breathtaking scenes of colour and luminescence that are visible for miles and miles. Some 200 individual illuminations will be lighting up nighttime Frankfurt during the Luminale, captivating audiences with unique spectacles of light. Since its inception in 2002, the festival’s popularity has grown steadily, a fact that is underlined by the ever-increasing visitor numbers. Today, it is one of the biggest success stories of Frankfurt’s event calendar.

This year marks the eighth time that the Luminale is being held alongside the international Light+Building fair. Themed “Where modern spaces come to life: digital – individual – networked”, this year’s fair is concentrating on modern living spaces while at the same time focussing on technology and design dedicated to enhancing the overall quality of life.

During the fair, colourful light effects will be illuminating various parts of Frankfurt and Offenbach in the evening hours. The light installations transform buildings, bridges, industrial plants, parks and sightseeing attractions into spectacular works of art, with the illuminated city and skyline enthralling locals and visitors with new vistas and a fascinating atmosphere. And it won’t be just the more modern architectural elements of Frankfurt that will be under the spotlight; the city’s churches will also be incorporated into the festival’s state-of-the-art lighting projects.

The Luminale is renowned for being a talent stage for up-and-coming light artists, giving them the chance to showcase their skills. Light serves not only to illuminate the city, thereby meeting urban safety and security requirements, it is also a means of creative design and visual upgrading of public spaces. This successful combination of trade show and festival proves that fairs need not be only of commercial value, but that there is also ample opportunity to inspire fair visitors, citizens, visitors and artists with new ideas and innovations. With its colourful blend of historical and modern urban architecture, Frankfurt is a city with a unique and highly picturesque setting. The Luminale turns this setting into a laboratory of light in which artists create impressive yet fleeting works of art. The spectacular festival ranks amongst the “must-see” events of Europe’s creative scene. It is also a particularly popular motif of photographers and photo designers. The festival programme, featuring more than 150 events, is this year more extensive than ever before.

An online version of the event programme will become available at the beginning of March: www.luminale.de