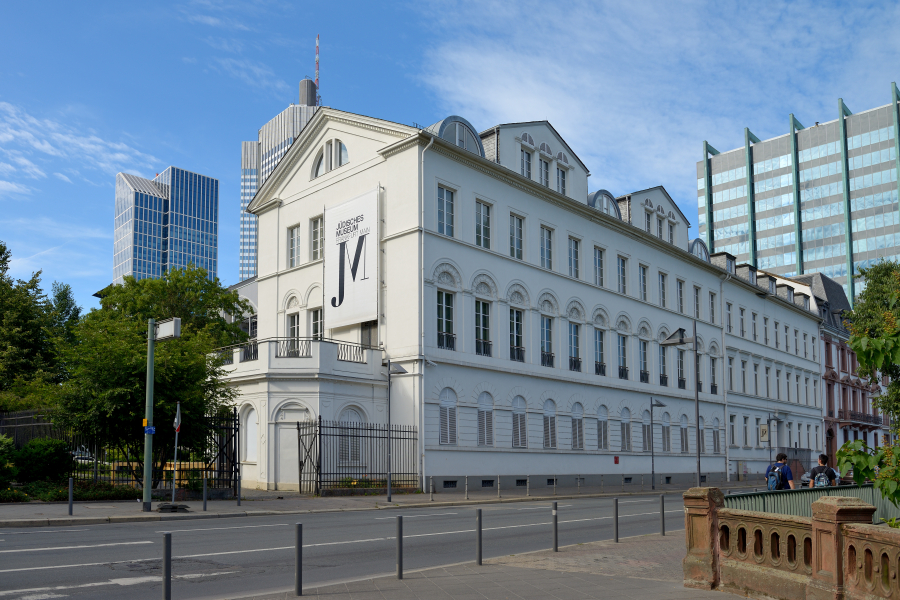 Frankfurt/Main, January 2016 (tcf): Ancient sculptures, famous masterpieces, modern artworks and historical remnants of bygone times – You’ll find them all in the metropolis on the River Main. Over the years, Frankfurt has gained widespread renown as one of Germany’s leading museum locations. Much of its reputation is due to its magnificent museum embankment, a cultural landscape unique to all of Europe. In 2016, Frankfurt’s many exhibition venues will once again be presenting a highly diversified programme of events.

The year kicks off in spectacular fashion with an exhibition on show at SCHIRN KUNSTHALLE FRANKFURT from 26th February to 12th June: Joan Miró (1893 - 1983) was known around the world for his distinctive and highly imaginative motifs, making him one of the most popular painters of the 20th century. The Spanish artist was also one of the leading representatives of the surrealist style. He created his very own pictorial language using lines, colours, figures and symbols.

At approximately the same time, the Städel Museum will be offering a close-up look at one of the most fascinating chapters of Italian art history with a show entitled MANIERA. On display from 24th February to 05th June 2016, the exhibition will be showing works representing the famous Florentine style of Mannerism. It will be the first time that the works of artists such as Andrea del Sarto, Pontormo, Rosso, Bronzino und Vasari will be on joint presentation in Germany. The Städel will have a further exhibition on display from 30th June to 23rd October featuring the works of Georg Baselitz. Entitled “The Heroes”, this show will focus on the problems and contradictions of Germany in the transitory period of the 1960s, between post-war recovery and economic miracle.

“The Imagined Museum”, on display at the MMK2 from 24th March to 04th September, promises to be yet another highlight of 2016. In a unique artistic collaboration, the exhibition will be presenting works on loan from the Centre Pompidou, the Tate Gallery and Frankfurt’s Museum of Modern Art (MMK). The show will confront visitors with a futuristic scenario in which they are urged to memorise the artworks before they disappear, remaining with them only in “imaginary” form.

The Liebieghaus, in the meantime, will be dedicating itself to the age of antiquity with an exhibition entitled “Athens. Triumph of Imagery” (04th. May to 04th September 2016). This show aims to acquaint visitors with ancient Greece and its many rituals, processions and festivals. Featuring original artefacts as well as multimedia reproductions, it promises to offer interesting insights into the “annual calendar of events” of Greece during its golden age.

With “Diversity matters!”, the Senckenberg Museum of Natural History will be taking a closer look at the abundance of species existing of our planet and their endangerment by mankind. The interactive exhibition, which opens on 18th February, will show why biodiversity is so essential to all of us.

The Jewish Museum Frankfurt is currently closed while undergoing extensive renovations of both structure and content. The first phase of this project began in 2014 with the closing of the museum’s branch venue, Museum Judengasse. Having now been comprehensively renovated, the museum will be reopening its doors on 20th March 2016, providing visitors with a revamped look at the culture and history of Frankfurt’s Jewish population. The new collection simultaneously marks the first time that paintings, ritual objects, everyday articles, books and historical documents dating back to the time of Frankfurt's famous Jewish ghetto (“Judengasse”) are presented alongside the museum’s archaeological artefacts. By repositioning the venue’s main entrance closer to Neuer Börneplatz and the Jewish Cemetery, the museum draws greater focus to the memorial remembering those Jewish inhabitants of Frankfurt deported and murdered during the reign of the National Socialists. The cemetery in particular, being one of the city’s most significant cultural monuments, thus becomes much more perceptible to the visitor.