Modern high-rise projects and a reconstructed old town, Peter Paul Rubens and Otto Waalkes, the women’s vote and social revolution, Jil Sander and a graffiti artist named Basquiat – these are just some of the things on offer in the metropolis on the River Main in 2018. 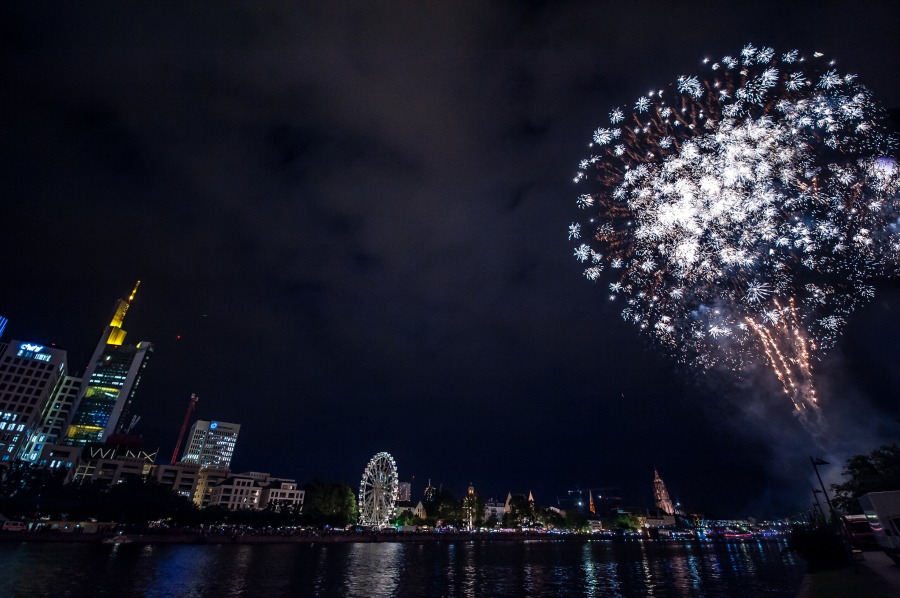 Frankfurt is a city that never sleeps. Aside from adding a number of new skyscrapers to its already impressive skyline, such as the “Porsche Design Tower” (Europa Quarter), the “Spin Tower” (Gallus District) and the “Three Sisters” (Downtown), Frankfurt has also been busy breathing new life into its historical old town. The first tenants are scheduled to move into the rebuilt townhouses of the brand-new DomRömer Quarter some time in 2018, with cafés and restaurants set to open their doors to the general public in the same year. By this time, the Shock-Haired Peter Museum will also have moved to its new location in the quarter. The narrow laneways and plazas, which are currently being formed with great craftsmanship and much attention to detail, will soon attract the kind of hustle and bustle so well known to the 1,200-year-old old trading city on the River Main. The “new old town” will be officially opened with a massive town festival in Autumn 2018.

Scheduled for completion in October 2017, the highly anticipated new Historical Museum Frankfurt invites visitors to better acquaint themselves with the colourful history of Frankfurt from a variety of thematic points of view. The museum’s first major exhibition, “Ladies’ Choice: 100 Years of Women’s Suffrage”, opens in the summer of 2018 (30th August 2018 to 20th January 2019). The children’s museum frankfurt will also be moving into the new museum complex, but with a new name, henceforth being known as the Young Museum. Its first exhibition, entitled “Revolution Makes History” (August 2018 to January 2019), will teach children and youths about how revolution effects social change.

One cultural highlight in particular is expected to make a splash at the beginning of the year: Few artists made as great an impression on European Baroque painting as Peter Paul Rubens. A special exhibition entitled “Rubens – The Power of Transformation” will be presenting 120 of his works at the Städel Museum (08th February to 21st May 2018).

Several other famous names one would not necessarily expect to hear in the same sentence will be coming together in Frankfurt in 2018. In November 2017, the Museum of Applied Arts will be opening the world’s first exhibition to highlight the sartorial creations of the famous German fashion designer, Jil Sander. At the same time, SCHIRN KUNSTHALLE FRANKFURT will be drawing attention to one of the world’s most gifted graffiti artists: “Basquiat. Boom for Real” (16th February to 27th May 2018) will be paying tribute to the New York native, Jean-Michel Basquiat, his work and its connection to music and film. Last but not least, the Caricatura Museum Frankfurt will be putting on show a hilarious retrospective of Otto Waalkes, one of Germany’s best-loved comedians.

Frankfurt joie de vivre, Frankfurt specialities and Frankfurt traditions are best experienced at one of the city’s many folk fairs. The Wäldchestag is one of the most popular of these. Held annually during the Whitsuntide, this traditional forest festival attracts revellers of all ages to the city’s municipal woods to celebrate what is commonly referred to as Frankfurt’s “national holiday”. The fair is particularly well known for its many beer gardens, fairground attractions and live music performances (19th to 22nd May 2018).

The Opera Square Festival, meanwhile, is a culinary celebration featuing foods from across the globe as well as a rich stage programme playing everything from jazz to pop. The evening atmosphere is especially stunning, with the illuminated façade of Frankfurt’s Old Opera House casting a beautiful light on the festive plaza (27th June to 06th July 2018).

Sports fans, on the other hand, are known to await the IRONMAN European Championships with keen anticipation. The ultra-endurance event, which requires participants to complete 3.8 kilometres of swimming, 180 kilometres of cycling and the small matter of a concluding full marathon, is known for its scenic backdrops and unique atmosphere. The setting at the finish line is particularly impressive, with runners arriving at the historical Römerberg while being cheered on by thousands of enthusiastic fans (July 2018).

Annually held in the heart of downtown Frankfurt, the Apple Wine Festival celebrates the locals’ beverage of choice. Here, visitors have the chance to sample the cider-like drink in all of its variations, that is, in its traditional form, as a trendy mixed drink or a summer cocktail. A mouth-watering selection of regional foods rounds off the festival’s culinary offer spectrum (10th to 19th August 2018).

The Museum Embankment Festival is known to be one of Europe’s largest and most spectacular cultural celebrations. Traditionally held on the last August weekend, the festival has participating museums remaining open until late into the night, while arts and crafts items are available for sale at the countless stalls set up along the riverside. A colourful stage programme featuring music, dance, comedy and theatre provides entertainment for young and old. And no one need go hungry either, with culinary delights from around the world being offered at every turn (24th to 26th August 2018).

Late summer is also the time when winemakers from the renowned Rheingau region come to the Fressgass’, Frankfurt’s culinary mile, to present their latest vinicultural creations. More than 600 varieties of red, wine and sparkling wine are available for tasting and purchase at the Rheingau Wine Market, ranging from noble vintages to light and fruity summer wines. Aside from the Rheingau’s world-famous Rieslings, connoisseurs will also find fine wines made of alternative grape varieties. The Frankfurt Wine Queen will also be on hand to meet and greet while promoting wines from Frankfurt’s municipal vineyard (29th August to 07th September 2018).

The year traditionally ends with the Frankfurt Christmas Market, one of the oldest and most beautiful in all of Germany. With its nostalgic yuletide atmosphere, the market transforms Frankfurt’s old town into a festive, brightly illuminated holiday setting. More than 200 sales stalls invite visitors to partake in a leisurely Christmas shopping spree. Advent concerts are held regularly on the open-air stage of the Römerberg, while the tower horns sound majestically from the balcony of St Nicholas Church (26th November to 22nd December 2018).