The colourful contrast between Frankfurt and its surrounding environs is typical of the diversified Rhine-Main region. 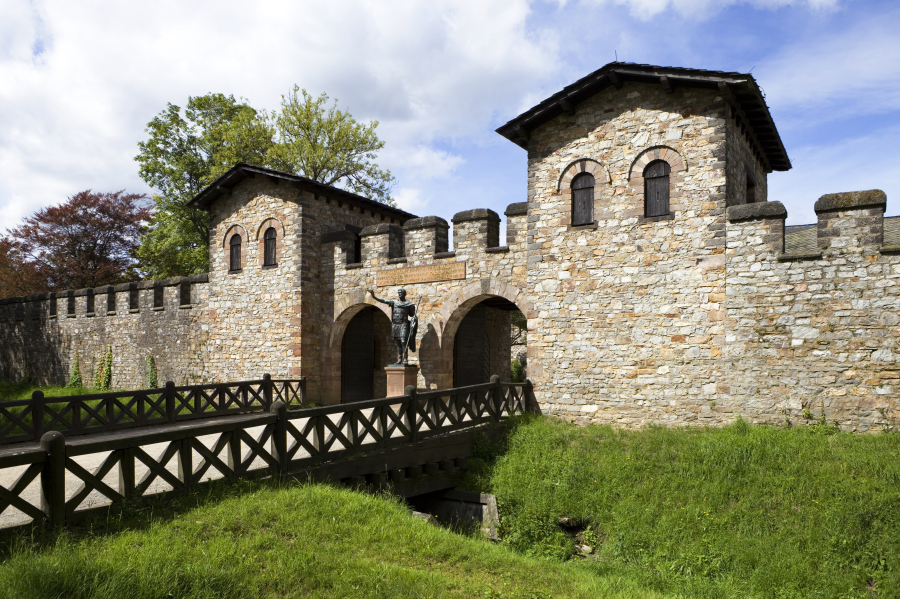 (djd). Not everyone knows that it’s no more than a stone’s throw from the imposing skyscrapers of the banking metropolis of Frankfurt to the breathtaking natural landscapes of the Taunus, Odenwald and Wetterau regions. In fact, nowhere else in Germany does one find modern high-rises and natural surrounds in such close proximity as in the beautiful Rhine-Main region. Home to more than five million people, Frankfurt Rhine-Main is Germany’s second-largest metropolitan area, yet it also features an astounding variety of nature reserves, parks and other green spaces. Thanks to the region’s well-developed public transport system, excursions into the surrounding countryside are a quick and easy undertaking. Those arriving in Frankfurt by plane will also find countless opportunities to explore Frankfurt’s environs, regardless of the duration of their stay.

Greater Frankfurt is home to a number of so-called “regional park routes”, which help outdoor enthusiasts to discover a wide variety of beautiful landscapes on foot or by bicycle. These specially marked routes are a combination of cultural landscapes, forests, monuments of industrial culture, parks, gardens and other historically significant locations. All in all, there are 550 kilometres of regional park routes in Frankfurt Rhine-Main, featuring more than 200 worthwhile day-trip destinations.

Another popular attraction is the so-called Hessian Apple Wine and Fruit Orchard Route, which runs through the Taunus, Wetterau and Odenwald regions as well as the counties of Offenbach, Main-Kinzig and Gießen at a length of more than 1,000 kilometres. The route offers many recreational opportunities while also featuring stunning natural environs, many of which have been designated wildlife sanctuaries and nature preservation areas. The six regional routes, which may be explored on foot or by bicycle, lead walkers, hikers and cyclists past natural mixed-fruit orchards, educational gardens and nature trails, vineyards and cider presses, inns and taverns, small local businesses, craftsmen’s workshops, museums, natural monuments and many other interesting sightseeing attractions.

The Taunus – A Spectacle of Nature

The beautiful Taunus region is a very popular and well-developed recreational destination that is frequented primarily by weekend excursionists. The unique character of the Taunus is typified by the wide variety of its cultural monuments, stemming from diverse eras and embedded in breathtaking natural landscapes. Celts, Romans and Huguenots as well as German princes and emperors of later times all left their mark in this colourful region so rich in history and tradition. The “Saalburg” Roman Fort near Bad Homburg, situated along the “Limes”, the former fortified boundary of the Roman Empire and today a UNESCO World Heritage Site, as well as countless castles and palaces like the beautifully restored Kronberg Castle all remain as silent witnesses of bygone times. The Taunus and Rhine-Taunus Nature Parks, meanwhile, are ideal destinations for hikers and lovers of the great outdoors, offering everything from small walking tracks to demanding, multiple-day hiking paths. The very popular “Taunus-Schinderhannes Trail”, some 38 kilometres long, leads past diverse historical sights, such as Castle Eppstein, all the way to the Taunus Ridge, which awaits hikers with far-reaching views of the surrounding area.

Vast green forests, mixed-fruit orchards and gently rolling ridges are the primary natural features of the Odenwald. Most of the guided trails and tours leading through the region have a castle, palace or other sightseeing attraction at their conclusion. The 10-kilometre hiking loop starting and finishing at the “Kuralpe” hikers’ car park in Lautertal, for example, takes participants through a mystical landscape of rocky outcroppings. This “sea of rocks” is in fact a massive series of stone boulders, created more than 340 million years ago as the result of mass movement and erosion. Those with keen eyes will also discover remnants of Roman times, like the so-called Gigantic Column and the Altar Stone. More Roman history is on show during a walk along the Odenwald section of the “Limes”. Here, one comes across remains of Roman watchtowers, baths, bastions, and frontier fortifications. All of the trails are well marked, while information boards draw attention to the respective sights and tell more of life and times along the former boundary of the Roman Empire.

Nestled between the Taunus and Vogelsberg, one finds the Wetterau region with its multi-faceted natural landscapes. Far-reaching fields, wide-open floodplains, orchards, meadows and vast forests characterise this scenic region. There are even some traditional areas of grassland where sheep continue to be raised as in times of old. The original settlement of the Wetterau dates back to the Neolithic Age. Proof positive of this ancient history is provided by the Glauberg, where three graves dating back to 500 B.C. were found. One particularly sensational scientific find is the famous “Celtic Prince of Glauberg”. This life-size stone figure, thought to have been a burial gift for a Celtic warrior, ranks amongst the state’s most significant archaeological finds. The on-site museum offers visitors a closer look at the region’s fascinating Celtic history. The theme walk through the archaeological park, which leads past reconstructed burial mounds, a mysterious network of moats and other fortifications dating back to early Celtic times, is particularly interesting. Various other cultural monuments from other historical epochs are on show on the nearby Glauberg Plateau.

The Frankfurt Rhine-Main region is a virtual treasure trove for explorers, adventurers and active holidaymakers. The region’s diversified landscapes and cultural attractions await discovery on foot, by bicycle, from aboard river cruise liners and many other modes of transport.

For additional tips on excursions and recreational activities, please visit:

Tour suggestions for regional park routes are available at www.regionalpark-rheinmain.de