Frankfurt’s municipal vineyard consists of a total of 25 hectares. 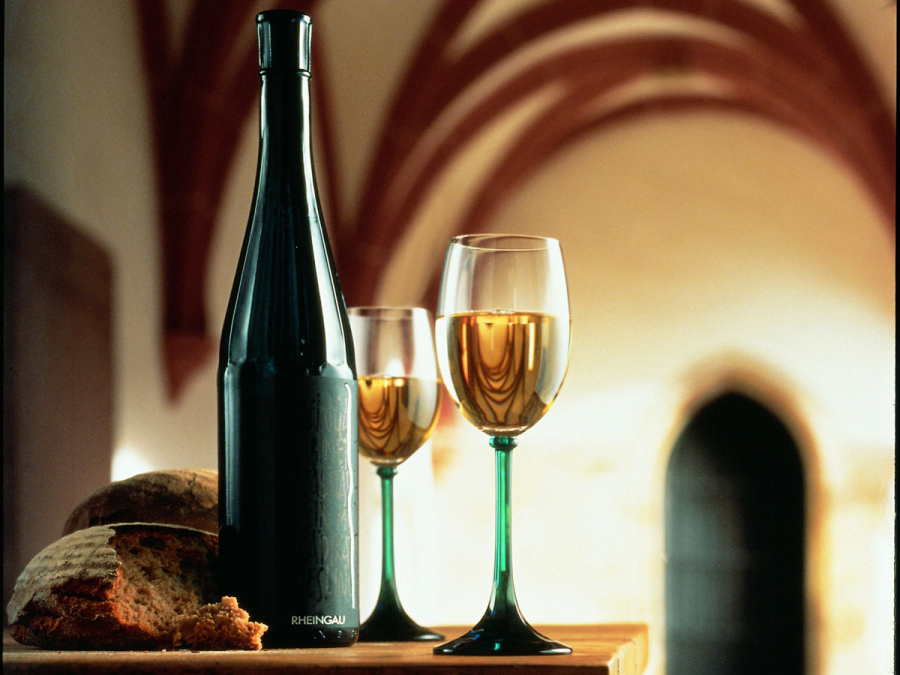 The Wines of Frankfurt am Main

Viniculture in and around Frankfurt

Frankfurt/Main, 04th September 2014 (tcf): Whether it’s the renowned “Hochheimer Stein”, “Hochheimer Hölle” or “Lohrberger Hang”, these three wines have one thing in common: They all stem from the time-honoured vineyards of the City of Frankfurt. Few German cities have a vineyard to call their very own. Frankfurt is one of These cities, however. With the “Lohrberger Hang”, or “Lohrberg Slope”, in the city district of Seckbach, the Main metropolis even has a little bit of the famous Rheingau winegrowing region right here within its city limits. Every year, some 10,000 bottles of the famous “Lohrberger” are made from the grapes growing within the conurbation of Frankfurt. From the Lohrberg, the city’s highpoint at 185 metres, one is able to enjoy magnificent panoramic views of Frankfurt, its skyline and its vast green spaces.

Frankfurt’s municipal vineyard consists of a total of 25 hectares. The majority of this area is however located in the Rheingau, along the banks of the River Main in Hochheim, to be precise. The town of Hochheim, which is well known for its red, White and sparkling wines, is not far from Frankfurt. Moreover, it is a very worthwhile sightseeing destination, in particular for wine enthusiasts. Frankfurt has Napoleon Bonaparte and the after-effects of secularisation to thank for its municipal vineyard, which was established back in 1803. It was then that the vineyards on the Lohrberg and in the Rheingau, together with the attendant buildings, became the property of the City of Frankfurt. For nearly two centuries, the vineyards were managed by the city. In 1994, however, the council decided to lease the properties to the Rupp family, themselves winemakers of old. Today, the Rupps produce a variety of quaffable wines in the name of the City of Frankfurt am Main.

These relatively rare drops are readily available for tasting at the Wine Tavern of the City of Frankfurt, located around the corner of Frankfurt’s city hall, the “Römer” (Limpurgergasse 2). They are also on sale there by the bottle, but nowhere else. The premier recipient of these wines continues to be the City of Frankfurt, which serves them at municipal functions. They are also available by the glass at various taverns on the Römerberg and on board the cruise ships of the Primus Line. Every September, the City organises the Rheingau Wine Market (03rd to 21st September 2014), where winemakers from the Rheingau region present their latest creations along Frankfurt’s culinary mile, the “Freßgass’”.

The many wine towns and winegrowing regions near Frankfurt are easy to reach by car or public transport. Hochheim, for example, an idyllic winegrowing community, is set on the fringe of the picturesque Rheingau, right along the banks of the River Main. The town’s vineyards produce the grapes for many a Riesling, Pinot Blanc, Pinot Noir, Chardonnay and Cabernet Sauvignon. The wines of Hochheim are famous for their high standard of quality. In fact, they are a favourite with the British Royal Family. Queen Victoria used to refer to them as “Hoc”, having visited the town back in the 19th century. She found the Hochheim Riesling so delightful that they are still being enjoyed at Buckingham Palace to this very day.

Hochheim’s wine museum, meanwhile, offers visitors a closer look at the work of local winegrowers, covering everything from soil preparation and harvest to bottling and storage. Guided tours of Hochheim’s vineyards are also available. Those who prefer to explore the area on their own are urged to take the so-called Upper Rheingau Wine Trail, which leads walkers, hikers and cyclists through Hochheim’s rolling vineyards. Signposts along the route offer pertinent information on the region, winegrowing in general and the grape varieties to be found along the trail. Rustic wine taverns may be found aplenty in the heart of Hochheim’s old town. The Riesling Stube, for example, consists of three separate timberframe buildings, a vaulted sandstone cellar and an idyllic wine garden surrounded by shady vines. It serves traditional German fare and a fine selection of Hochheim vintages.