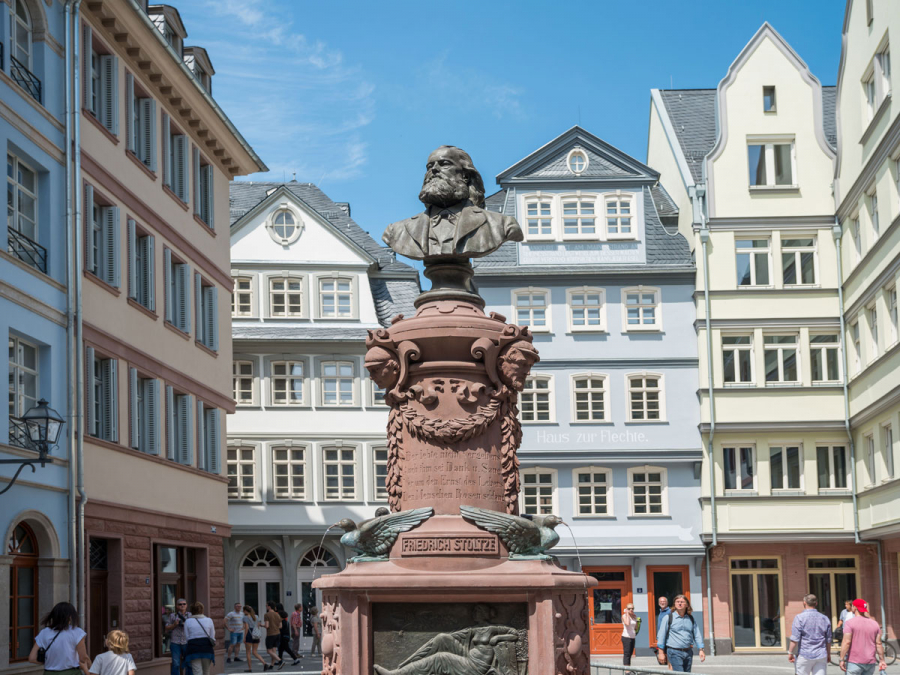 These prestigious awards recognise excellence in tourism projects in the UK and across the world that members of the BGTW have visited in the course of their travels and which they believe deserve wider recognition. Projects must have started or opened within the last three years.

During October 2020 the nominated tourism projects and initiatives were voted on by all the members of the BGTW.

Frankfurt’s New Old Town was nominated by travel writer and BGTW member Stuart Render. Commenting on the project, he says:

“As a UK-based travel writer I have written about Frankfurt on a number of occasions in recent years. But the delightful old town, the river, the museums and apple wine remain largely unknown by most British holidaymakers. The opening of the new ‘Old Town’ is a wonderful opportunity to raise the profile of Frankfurt as a first-class city destination and encourage more people to take a closer look as travel starts to re-open in 2021.”

Simon Willmore, BGTW chairman, says: „Each year our members nominate tourism projects and initiatives that they have visited and feel deserve wider notice. Being shortlisted as a finalist is not only an achievement in its own right but also recognition of the important role the tourism project/initiative plays in attracting visitors and boosting the region’s/area’s visitor economy.”

The winners of the BGTW International Tourism Awards are due to be announced on 21 March 2021 at The Savoy in central London.

The British Guild of Travel Writers is a community of more than 250 accredited writers, photographers, bloggers and broadcasters. It is the trusted body for independent editorial comment and expert content on worldwide travel. www.bgtw.org