Cycling, hiking and walking are three of the best ways to discover natural attractions. 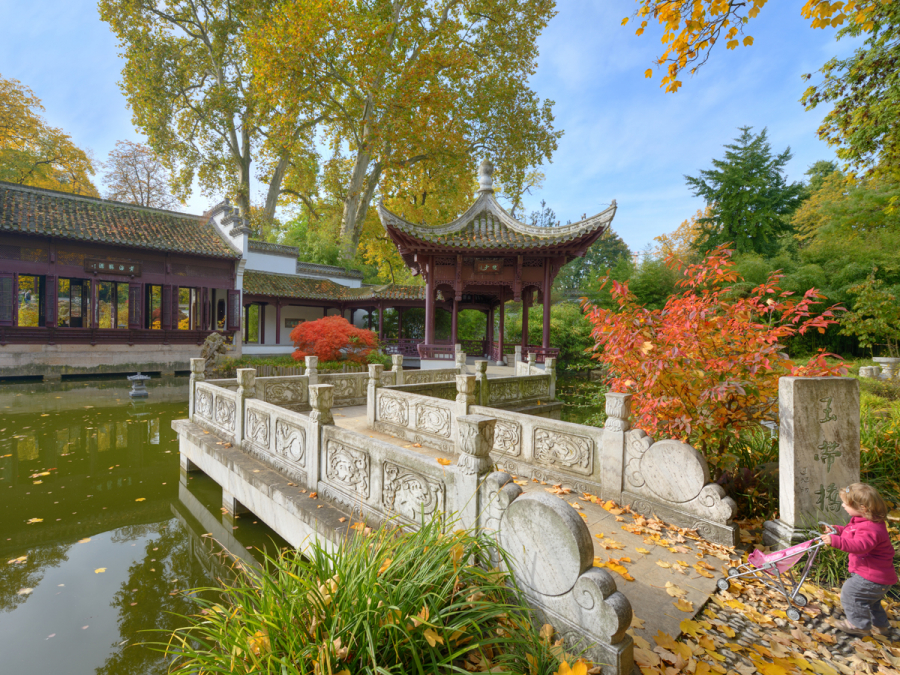 Frankfurt am Main, 21st May 2014 (tcf): Frankfurt is a very green city. More than that, it is a city that promotes sustainable urban development, supporting private, communal and commercial projects of this kind wherever and whenever possible. For locals and visitors, discovering the many (often little known) natural attractions of the Main metropolis is easy. Cycling, hiking and walking are three of the best ways to do so. Featuring everything from lush parklands, dense forests, green meadows and mixed fruit orchards to rivers, streams, lakes and ponds,Frankfurt’s natural landscapes are beautifully diverse.

Frankfurt is also known as a very energy-efficient city. It is the home of the largest number of passive solar houses and efficient office buildings in all of Germany. The Energy Agency of the City of Frankfurt offers special Climatours of sustainable buildings, showing participants how interesting and attractive climate protection and sustainable architecture can be. Frankfurt also leads the way when it comes to the care and maintenance of its trees. Last year, it was voted the European City of the Trees 2014.

More than half of Frankfurt’s urban area is undeveloped, with 52 percent of the city being made up of open spaces and expanses of water. Frankfurt is also home to approximately 160,000 trees and 1,400 types of plants, including 120 particularly rare species.

Frankfurt has many beautiful spots. Along the northern bank of the River Main, between Friedensbrücke and Untermainbrücke, nature enthusiasts will find an entirely unexpected oasis of green, with palm, fig and citrus trees flourishing alongside other forms of Mediterranean flora. Thanks to its south-facing position in the lee of the quay walls and the benefit of sunlight reflecting off the river, this natural location, known as the Gardens of Nice (in homage to the French seaside city), is able to support a variety of exotic plants that would otherwise not flourish in the local climate. Some 4.42 hectares in size, this micro-landscape is one of the largest publically accessible Mediterranean gardens north of the Alps.

Frankfurt is home to a great variety of parks, 40 in all. They are wonderfully diverse, ranging from traditional ones like Volkspark Niddatal to more exotic types, such as the Chinese Garden. Frankfurt’s popular Palmengarten, meanwhile, is famous far beyond the city districts. Its foundation was based on the botanical collection of tropical plants belonging to the Duke of Nassau. Back in the day, a special “Palmenhaus” was built to house these plants. Centuries on, visitors continue to walk through this greenhouse in amazement, its interior resembling a small tropical jungle. Featuring 29 hectares of indoor and outdoor areas, over 13,000 tropical and semi-tropical plants, and more than 140 years of history and tradition, the Palmengarten is one of the most frequently visited botanical gardens in all of Europe. People also come here to rest and relax. The pond and sunbathing lawns in particular invite visitors to enjoy a brief respite under skies of blue.

Spanning some 14 hectares, Frankfurt’s municipal forest is the largest urban wood in all of Germany. No other German city is able to boast such a vast forest so closely situated to the city centre. The forest’s 450-kilometre-long network of paths provides walkers, hikers, cyclists and horseback-riders with plenty of space for all of their activities. The many ponds, with their beautiful flora and fauna, are equally popular destinations. Frankfurt’s city forest also features many historical remnants of times long gone by. Dry riverbeds dating back to the Ice Age, remnants of settlements from the Bronze Age and Roman times, mediaeval wood pastures – they are all on show at this amazing open-air museum.

Not everyone knows that Frankfurt is surrounded by a vast natural band known as the GreenBelt. Over 8,000 hectares in size, this vast green space makes up a third of the city’s urban area. It features a 62-kilometre-long hiking and cycling path that encircles the entire city. In 2014, this loop trail was voted Germany’s most beautiful hiking track in the category of circuits of multiple-day stages. Here, hikers and cyclists have a variety of landscapes to look forward to, including lush meadows, rolling vineyards, mixed fruit orchards, floodplains, sand dunes and dense forests. With a bit of luck, one might even chance upon the GreenBelt mascot, created in honour of Frankfurt’s premier natural landmark.

Frankfurt’s loftiest location is the Lohrberg (185 metres), home to one of the city’s last remaining urban vineyards. The short walk to the top is well worth the effort, the high-point offering magnificent panoramic views of Frankfurt’s skyline, the Main plain, the Spessart low wooded mountain range and the ridges of the Odenwald. The Main-Äppel-Haus, a combination of farm shop and snack bar scenically set on the Lohrberg, offers visitors a tasty selection of natural foods. There is also a small but highly interesting learning centre focussing on the subjects of horticulture and organic fruit orchards.

The Old Bonames Aerodrome is a sightseeing destination and natural landscape of the more unusual variety. Once a military airport, the site has been allowed to return to its natural state, its runways and aprons having been mostly demolished. Over time, nature has managed to reclaim the area, creating a unique wilderness in the heart of the city. A few sections of the former landing strips remain, inviting visitors to skate, cycle, play football or other sports. In 2005, Frankfurt’s Department of Parks and Gardens won the German Landscape Architecture Award for their extensive efforts.

For a final example of Frankfurt’s natural side, make sure to try the famous Frankfurt Green Sauce, which is prepared using seven regional herbs. And then remember! In Frankfurt, everyone thinks green, even when they eat!