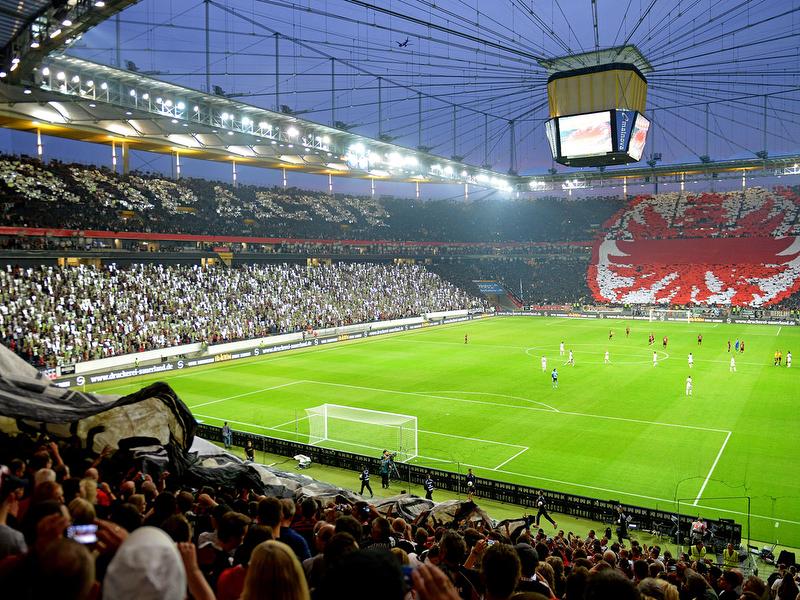 Eintracht Frankfurt is one of the Bundesliga’s most traditional football clubs. The club has won the German Cup five times and the UEFA Cup once, while recently having gained further acclaim thanks to their impressive runs in the Europa League. The history of the Frankfurt “Eagles” is on show at the Eintracht Museum, located at the Deutsche Bank Park, the team’s home ground. The guided tour takes an intimate look behind the scenes of the stadium, which normally has more than 50,000 frenetic fans pushing their team to the limit at every home game. The tour concludes with a hearty stadium snack taken at the museum.

The arrangements are bookable for 15 or more persons.