Congress Center Messe Frankfurt with a new look and feel 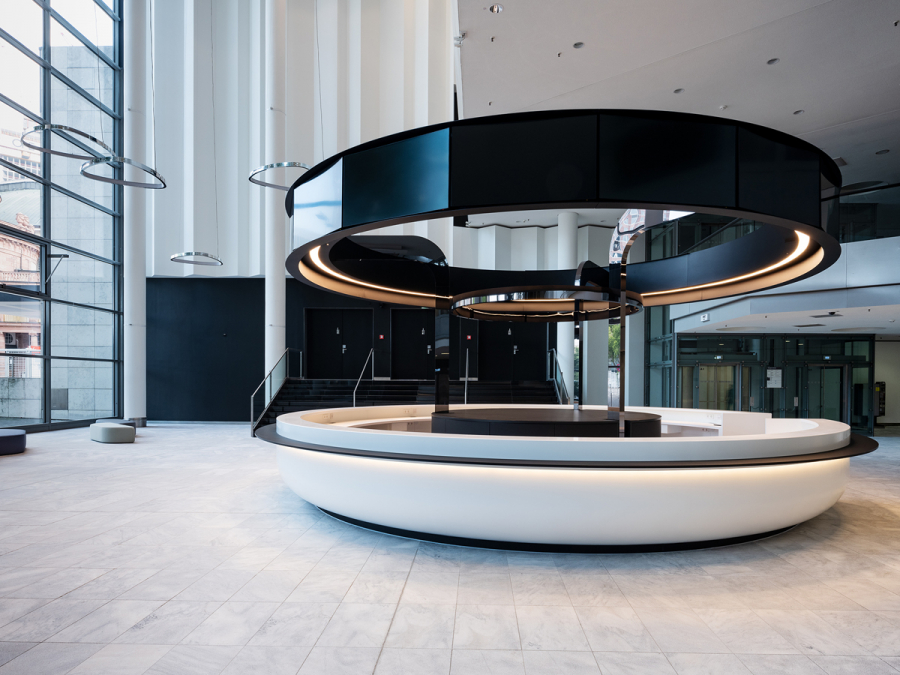 The counter in the foyer has already received the German Design Award. The venue played host to its first events in September and October.

The long planned and now finally completed revitalisation of the Congress Center Messe Frankfurt includes many improvements to its functionality and interior design. The furniture and furnishings are new and a neutral colour concept creates a strong sense of light and space in the foyer and, from 2023 onwards, in the links to the new Hall 5 as well. There is new flooring in all conference rooms, a gleaming marble floor in the main foyer and the toilet facilities have been overhauled completely. The futuristic-looking counter in the foyer recently received the German Design Award from the German Design Council.

The optimised building and security technology now offers all organisers and participants greater comfort and flexibility. For example, the entire network infrastructure has been expanded, new screens installed for the digital signage system, projectors permanently set up in the conference rooms and the screens replaced with special projection surfaces. The new-look Congress Center Messe Frankfurt was based on designs by the Ippolito Fleitz Group in Stuttgart.

Uwe Behm, Member of the Executive Board of Messe Frankfurt, sees the revitalisation as an important and necessary investment in the future: “In recent years, the Congress Center Messe Frankfurt has established itself as a leading venue in the German convention sector and intends to retain this position. With the extensive modernisation measures, we have created a consistent modern atmosphere, implemented new technical requirements and optimised the entire building. It is stylish with a very modern and daring look. The reception desk looks like it has just floated in from outer space – like the bridge on the Enterprise 2.0.”

On the Messe Frankfurt exhibition grounds – itself situated in the heart of the city centre – the location has eight conference rooms on four levels, offering plenty of space for congresses, conferences and other events. In addition, the congress building has a direct connection to Hall 5 (new as of 2023) and to the entire exhibition grounds via the covered Via Mobile moving walkway. The building was constructed in 1996 based on designs by Frankfurt-based JSK Architekten and can accommodate up to 3,400 guests. 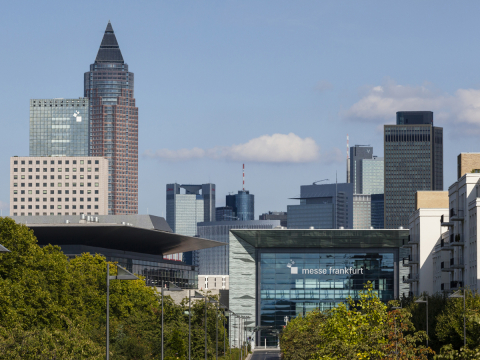 The world’s largest trade fair, congress and event organiser with its own exhibition grounds