The organisers had hoped for an early recovery in the industry and still believe that a resurgence will come, but do not believe it will happen in time to deliver a strong and successful event in May.

The organisers see the IMEX in Frankfurt as a hugely global event - exhibitors, visitors and buyers represent more than 150 countries. Internationality and diversity are the claim, the basis and the added value of IMEX. Therefore, one is reliant on open international travel. This is not yet foreseeable, and thus the decision to cancel is unavoidable.

Nevertheless, the IMEX team looks positively, with anticipation and motivated into the future. "The vaccine roll-out and improvements in rapid testing programmes give us great confidence for the prospects of our industry and of travel in general" says Carina Bauer. "We are very confident that we’ll be able to deliver a successful IMEX America in Las Vegas from 9-11 November; as well as the 20th anniversary edition of IMEX in Frankfurt in 2022 (26-28 April).” 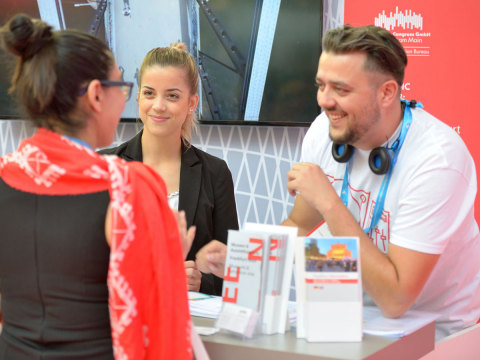