12.05.2022: After two turbulent years, we are delighted to be able to welcome visitors and exhibitors of the IMEX back to Frankfurt, and at the same time to celebrate the 20th anniversary of the fair. 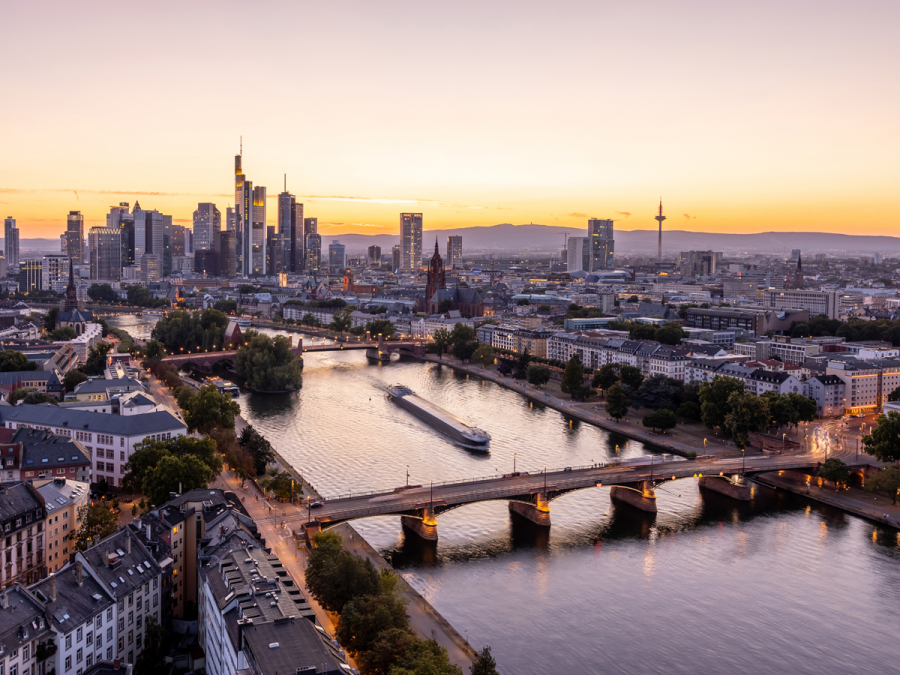 Frankfurt skyline with a view over the river Main - © David Vasicek

Much has happened in the metropolis on the River Main since the holding of the last IMEX, with new hotels and event locations having opened up here and there.

Situated just a short walk from the Frankfurt Fair & Exhibition Centre (aka Messe Frankfurt), FIFTY HEIGHTS opened its doors to the general public in Spring 2021. The city's highest event location is able to seat up to 149 conference guests on some 220 square metres of open-plan event space while offering 180° panorama views of the Frankfurt skyline. Meetings and workshops may be held at similar heights at memox.world, located near downtown Frankfurt’s Taunusanlage. In keeping with the spirit of “New Work”, individual spatial layouts are developed together with each client to perfectly suit the event format and promote participant productivity.

In June 2021, the Meliá Frankfurt City celebrated its grand opening at Tower One Forty West. Guests are afforded stunning views of the Frankfurt skyline and the nearby fairgrounds from each of the hotel’s 431 stylishly furnished rooms, all of which feature floor-to-ceiling windows. One particular highlight of the Meliá Frankfurt City is the Oben Restaurant & Skybar. Situated on the 15th floor, this fine eatery serves first-class Mediterranean cuisine and also has an outdoor terrace available for event booking. Situated in close proximity to Frankfurt Int’l Airport, the b’mine Frankfurt Airport opened its doors in Spring 2022. The hotel impresses guests not only with Restaurant THE ROOF, which offers sweeping views of the airport and city forest from its 12th-floor location, but also with 40 so-called “CarLofts”, which provide hotel guests with the opportunity of parking their car directly in front of their hotel room.

Frankfurt’s many new rooftop bars are the ideal locations for a relaxing end to a busy day at the office, trade fair or event. Whether you’re at the Blasky Rooftop Bar in the hotel of the same name south of the River Main, the Chicago Roof near the fairgrounds, or the Skybar in the Ruby Louise Hotel, the best way to admire Frankfurt’s skyline at sunset is with a delicious cocktail in your hand.

Have we raised your interest? Would you like more information on new hotels, event locations or the trendiest rooftops in the city? Then drop by our stand, F110, or find out more at www.meetfrankfurt.de.