Centrally situated in the heart of Europe, Frankfurt is one of the continent’s leading traffic and transport hubs, a destination that’s easy to reach from all across the globe. 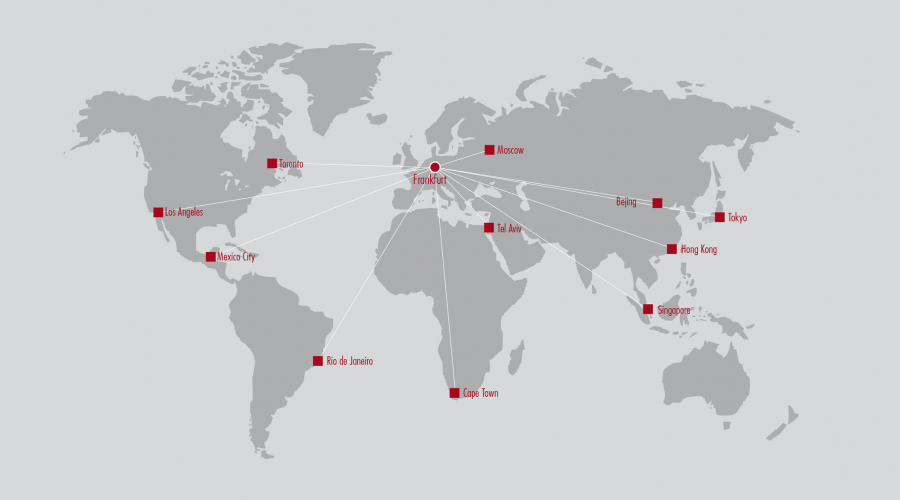 Frankfurt Airport is the largest passenger airport in Germany and one of the biggest in Europe. From here, travellers fly to more than 300 destinations in over 100 countries. All major European cities are less than a three-hour flight away.

Moreover, the long-distance train station at Frankfurt Airport conveniently connects Germany with the rest of Europe, while downtown Frankfurt and the main train station are only a 15-minute commuter train ride away.

Some 460,000 travellers pass through Frankfurt’s main train station every day. It is a key traffic hub in the heart of Europe, the cities of Berlin, Paris and Amsterdam, for example, being only a four-hour trip away. Frankfurt Station is also an important interchange point for the local and regional public transport system.

Thanks to its excellent infrastructure, Frankfurt Rhine-Main is able to offer locals and visitors a superbly developed public transport network. The Rhine-Main Transport Association (RMV) is a collaboration of 11 cities and 15 regional districts. Its fare zone stretches from Marburg in the north to Darmstadt in the south and from Fulda in the east to Limburg in the west. The Congress Ticket and Congress Combination Ticket of the RMV enable conference participants and congress delegates to freely use Frankfurt’s public transport system throughout its city districts, including Frankfurt Airport.

The long-distance coach terminal at the southern entrance to Frankfurt’s main train station offers travellers various connection possibilities to destinations both near and far. 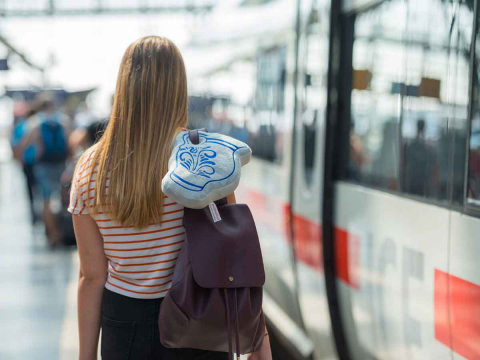 Quickly and easily reached by train, plane, automobile or bus