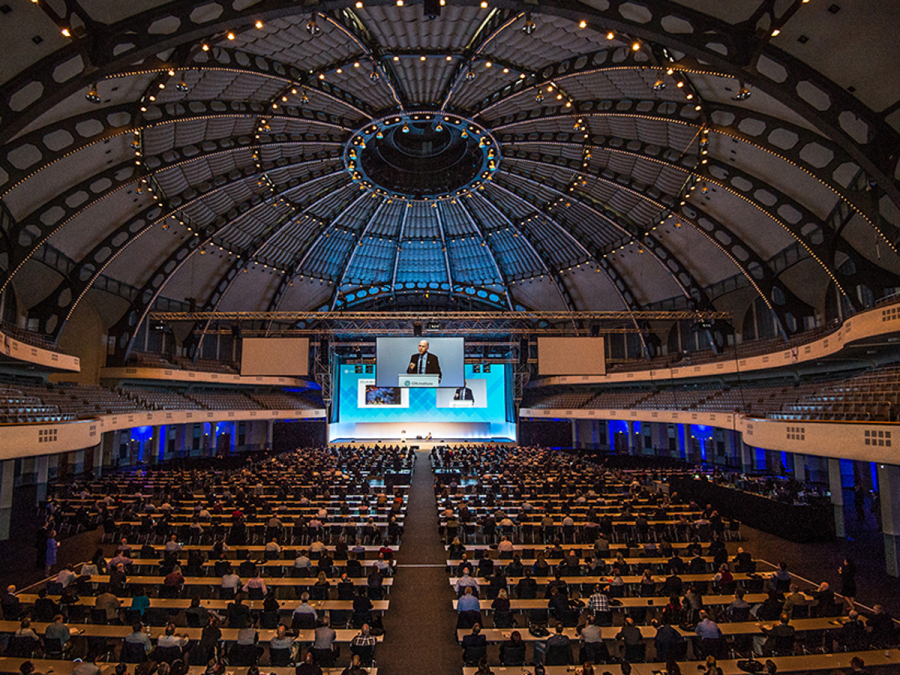 The Why - Executive Summary
CFA Institute with over 135,000 members in 145 countries and territories is the global association of investment professionals that sets the standard for professional excellence and credentials, and champions for ethical behavior in investment markets. One of its missions is to offer a wide range of insightful events around the world that provide finance professionals with education, knowledge, professional development and networking. In addition, CFA Institute plays an important role as an advisor to the investment community and is focused on creating “a trustworthy financial industry”.

The CFA Institute Annual Conference is one of the investment industry’s oldest and most respected events. It rotates yearly between North America, Europe, and Asia, and brings opportunities to learn from industry luminaries and network with more than 1,000 attendees from around the world. The CFA Institute Conference organizers selected Frankfurt, to host their annual, flagship event from April 26-29, 2015.

Frankfurt is the financial hub of continental Europe and is home to more than 250 credit institutions, 50 investment companies, and possesses both one of the largest stock exchanges and futures and options exchanges in the world. The European Central Bank, which sets monetary policy for the 330 million people residing in the “Eurozone”, is also based there.

Frankfurt’s financial services industry proved to be a draw for CFA Institute organizers and attendees alike with the 2015 CFA Institute Annual Conference gathering delegates from a record 78+ Countries.

The Where, Who & How - Meeting Details
CFA Institute organizers were impressed by the ease of transportation and many hotels with more than 9,000 rooms in close proximity to their chosen conference venue the Messe Frankfurt.

To help delegates and organizers plan their accommodations easily and on budget, the Frankfurt Convention Bureau arranged a “hotel bureau” complete with a customized accommodation website to assist attendees in choosing one of the 20 nearby hotels with options in all price ranges.

The Frankfurt Marriott Hotel, a walk across the street to the conference center was ultimately selected as the host hotel and held the welcome reception on the first night, which featured local food and beverage specialties.

The main sessions of the conference were held in the historic Festhalle venue at the Messe Frankfurt, which combines the old-world charm of a 95 ft . ironwork and glass dome built in 1909 with state of the art technology. One innovative feature, for example, is that the depth of the stage can be adjusted in variable increments (within the range of 0 - 5.25 feet) to provide a fully customized space for each event held there.

For the CFA Institute event the Festhalle was set theater style for 1,800 attendees and the dome fully darkened creating a dramatic effect. Breakout sessions were held at the Congress Center and the Forum, which are directly linked to the Festhalle, and seated lunches for the more than 1,000 attendees were held in an adjoining Hall.

To help delegates make the most of their stay the Frankfurt Convention Bureau hosted an onsite information counter throughout the conference and a partner/guest program was offered.

Tapping into Frankfurt’s vibrant surrounding region, there was also a short side trip to a networking event on Tuesday evening at the Kurhaus in Wiesbaden. The Kurhaus is a historic, elegant Art Nouveau venue -- with lovely grounds-- that also serves as the city’s conference center. Here delegates made new contacts and strengthened existing ones while enjoying food from Germany’s key regions and getting to sit in luxury German cars such as the Audi R8, BMW i8, Mercedes Benz SLS and Porsche 911 brought to the property for the event to celebrate German innovation and dedication to excellence.

In addition, CFA Institute hosted several social dinners  in conjunction with the conference, and found a wide range of top-notch Frankfurt restaurants to meet their needs.

The Wow – The Results & Destination Difference
The strength of the financial services industry in Frankfurt was an attractive draw for the conference organizers as well as attendees with the event gathering delegates from 78 countries -- a new CFA Institute Annual Conference record.

Helping to make the event a success, the organizers were impressed with their interactions with the Messe Frankfurt and Frankfurt Convention Bureau staff. Their onsite Frankfurt team was highly organized and managed specific areas—projects, technical and other. “The Messe Frankfurt team really understood our objectives and goals for the project and were responsive to our needs,“ Abigail Maynard, Project Manager, Events, CFA Institute.

In addition, the CFA Institute planners have incorporated some of the audiovisual and stage set up techniques used in this conference as best practices going forward.

In Cooperation with the German Convention Bureau e.V.