There’s not one without the other 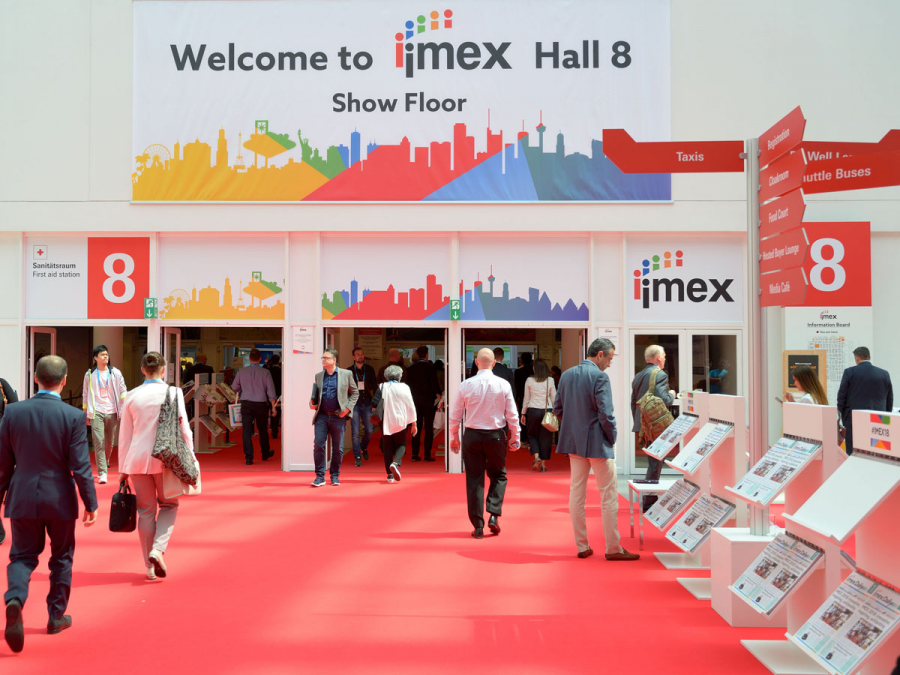 The first IMEX show was held in Frankfurt in 2003, and it says something about the city that IMEX continues to meet in Frankfurt even 16 years later, without end in sight.

It’s no easy task to prepare a show that every year hosts 15,000 industry professionals from around the world – and places demands on the conference organizers to come up with something innovative for the show floor and for the city to have something new to entice visitors. It’s an opportunity that Frankfurt Messe, the convention center, doesn’t take for granted. “Being the host of IMEX and the international travel industry is a special honor for Messe Frankfurt. We are very pleased that we convince with our location services, infrastructure, and exhibition space,” says Alessandra Becker, Project Manager at Messe Frankfurt Venue GmbH, one of the largest exhibition halls in the world.
There’s a lot to love in Frankfurt. The city is small and compact and easy to get around, whether by walking, public transportation or taxis. And Frankfurt, the business and finance capital of Germany, which is also an important cultural hub with many fine museums, is constantly reinventing itself. The recently opened section of town called New Old Town offers a glimpse back in time through half-timbered buildings recreated according to original blueprints and featuring small shops, taverns, restaurants and plazas.

Why IMEX Chooses Frankfurt
While Frankfurt’s culture, restaurants and nightlife are appealing after the show floor closes for the day, the city brings a strong get-things-done mentality to event logistics. “Messe Frankfurt is a great partner for IMEX. And instantly, we have access to a fantastic selection of local suppliers who help us really deliver excellent shows,” says Mark Mulligan, Director of Operations, IMEX Group.
Germany has long been the number one meeting destination in Europe, and Frankfurt is an ideal location because it is easily accessible. “We can get people to Frankfurt direct from 85 gateways around the world, as well as by train,” says Carina Bauer, CEO, IMEX Group. Plus, “Frankfurt continues to develop, so there are a lot of cool locations that we can use, great restaurants and bars. It’s really become a younger city.”
“Once they’re here, the network of transportation of U-bahn and S-bahn (metro and regional trains) really makes it easy for our buyers and exhibitors to navigate the city,” adds Mulligan.

What Hosted Buyers Think
Hosted buyers, who regularly plan or book large scale events outside their own country, are an important community at IMEX, and help make it be one of the key industry events of the year.
At IMEX Frankfurt 2019, we conducted a focus group of hosted buyers from the U.S. and Canada to better understand their perceptions about several topics, including what they thought about Frankfurt. After all, they are one of the main constituencies that IMEX and Frankfurt are hoping to please.
Their comments emphasized Frankfurt’s great restaurants and accessibility as well as its “vitality, diversity, good infrastructure and logistics.”
Frankfurt’s logistics got great reviews from a hosted buyer from California, who noted, that because the city has “great air and transportation options, paired with many hotel options, it would be an easy place to hold an international event.”

Another important element for successful meetings is the availability of interesting local activities, restaurants and nightlife after the show floor closes each night. Hosted buyers told us they like Frankfurt for that reason. “I do enjoy the food, the shopping and easy access to trains to get to other places in Germany and Europe,” said a buyer from Texas.

The city and the show have to work together. If you have a terrific show, and a lackluster location, attendees won’t return the following year. The same is likely if you have a terrible conference in a great location – it would be difficult to justify returning in the subsequent year.

We found that hosted buyers keep coming back because they like IMEX and Frankfurt. One hosted buyer in the focus group said, the success of IMEX in Frankfurt is due to “good event management and the multicultural city.” Another commented, “IMEX is one of the better shows to network and make new contacts. Also it is great to catch up with old contacts and friends. It’s a wonderful platform for business.”

And what does Carina, who heads up IMEX in Frankfurt, think based on the hosted buyers’ perspectives?

“IMEX and Frankfurt have become synonymous,” she says. “You know there’s not one without the other.” 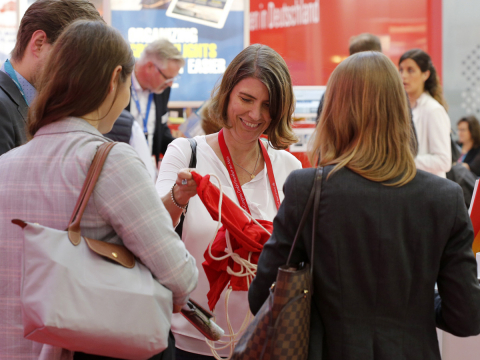 A look behind the scenes (Video)