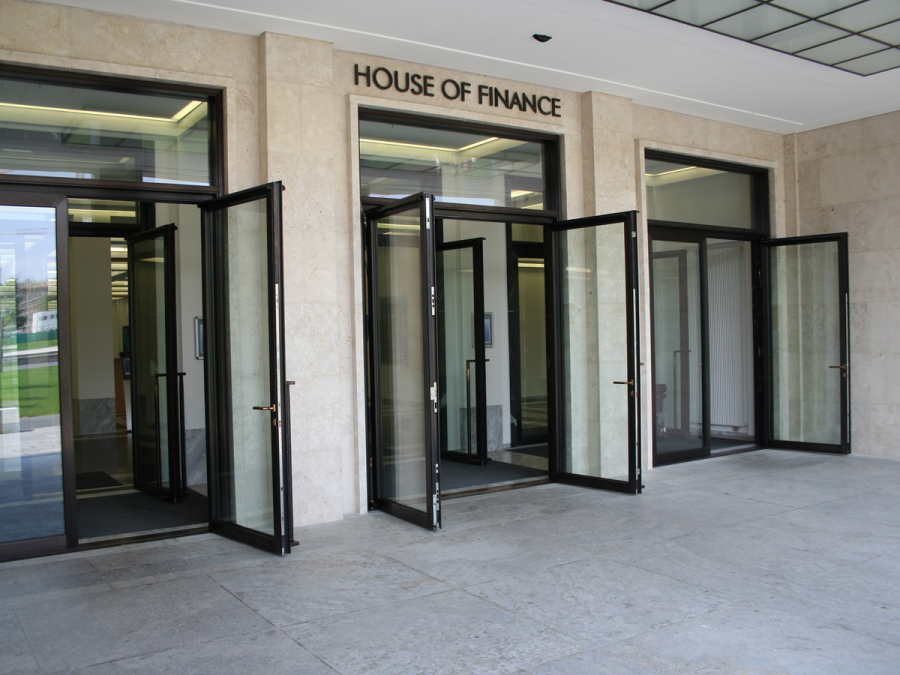 Frankfurt is the city of the euro.

Nowhere else in Germany does one find a greater concentration of financial service providers than here in the Main metropolis. Aside from being the home of hundreds of credit institutes, Frankfurt also serves as the headquarters for a number of leading global finance institutions. These include the German Stock Exchange, the European Central Bank and EIOPA (European Insurance and Occupational Pensions Authority), not to mention numerous internationally operating corporate law firms, industry associations and auditing companies.

In August of 2014, Frankfurt also became one of the first cities outside of Asia to allow free trade of the renminbi, making it a premier trading centre for business conducted in Chinese currency.

The “House of Finance” currently has some 170 employees teaching and researching in their respective field of competence. The institute, one of the largest research centres of its kind in Europe, focuses primarily on monetary and fiscal policies.

Frankfurt is also the first place in Germany to offer “FinTech” study courses, while the region has over the years gained renown as one of Europe’s leading IT clusters. Likewise, "suit on sneaker" meets here in the city.