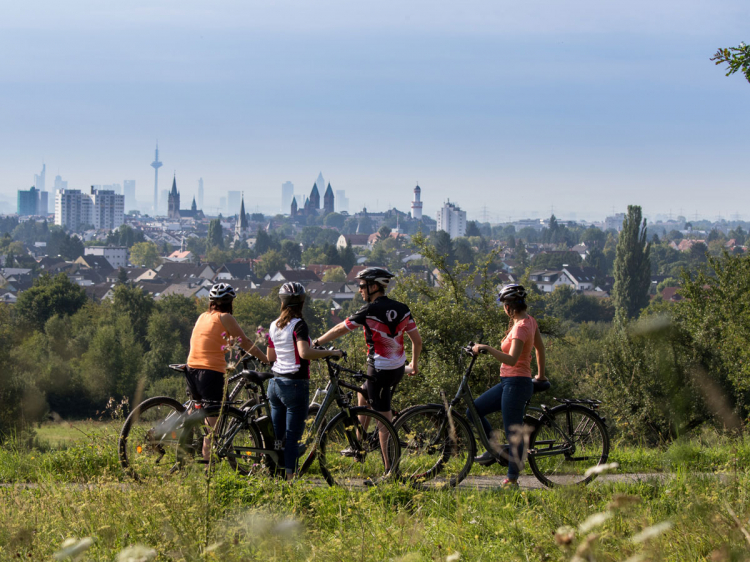 To the natural scientist Alexander von Humboldt, the Taunus was the most beautiful low mountain range in the world. And that is absolutely understandable. To this day, the region has lost none of its original beauty. As the only low mountain range bordering directly on a metropolitan region, the Taunus is a popular and varied nearby leisure destination for the Frankfurt Rhine-Main area. As the highest elevation in the Taunus, the Großer Feldberg Mountain is considered to be the region's landmark and is the meeting point for hundreds of thousands of visitors every year.

From the mountain ridge, you have a vast view over the landscape panorama of the Usinger Land and the Weiltal valley. The hilly landscapes increasingly become lower and extend into the valley of the Rhine-Main plain with their foothills – partly wooded, partly with the typical meadow orchards. The region is home to two nature parks with a comprehensive network of hiking trails. The Taunus Nature Park is the second largest nature park in the state of Hesse, while the Rhine Taunus Nature Park is the most densely wooded. The low mountain range with its many diverse cycle paths is also very popular with cyclists. No other region can offer such an active programme in the countryside as well as cater to cultural interests like the Taunus can. Because those who want to go on a journey of discovery in the Taunus will embark on a trip into the past, to significant epochs and their cultures. Celts, Teutons and Romans settled here. In the Middle Ages, the lords of the castle and later the Huguenots. In more recent times, it was the landgraves, princes, emperors and many famous personalities in world history who stayed in the Taunus and made it what it is today: a region rich in monuments and culture.