... to the green city with many culturally and historically important sights, with diverse and exclusive shopping areas and a wide range of regional and international culinary specialities. 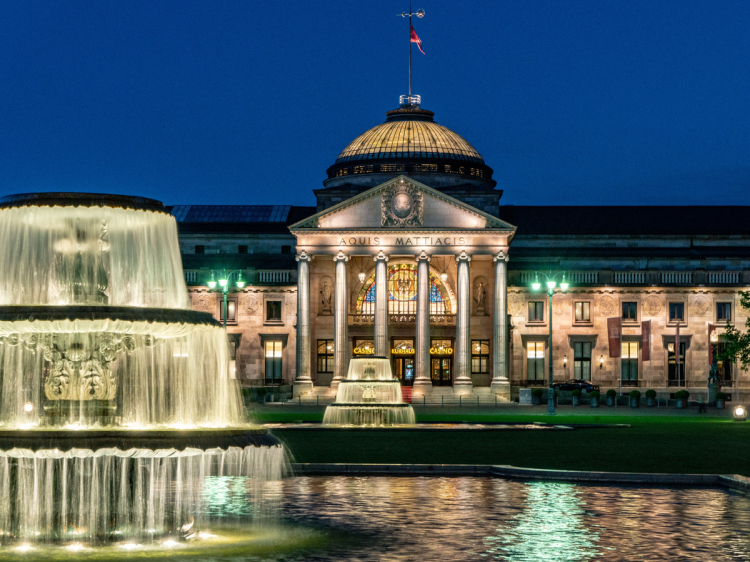 Wiesbaden, the capital of the federal state of Hessen was also called “Nice of the North” in its heyday as a global spa town in the 19th century. And rightly so. The city is fortunate to have a rather mild climate, it is pulsating and full of life – and is characterised at the same time by a Mediterranean lifestyle. Many parks and green areas in the centre of the city invite you to slow down and take things easy as do an abundance of cafés, restaurants and bars that tempt you to stroll around and dine outside in the summer months.

The local Wiesbadener enjoy the many cultural and social events such as the Wilhelmstrassenfest, the LONGINES PfingstTurnier Wiesbaden, the Rheingau Wine Festival or the Twinkling Star Christmas Market with their guests.

Visitors to the city also like Wiesbaden because of its appealing architecture. Many splendid, historically important buildings can be admired on a stroll through the city. These include the Kurhaus with casino, the water-driven Nerobergbahn funicular and the Russian Church on the Neroberg among others. Experience your own Wiesbaden stories – there is so much waiting to be discovered!