The Big Five of the new old Town 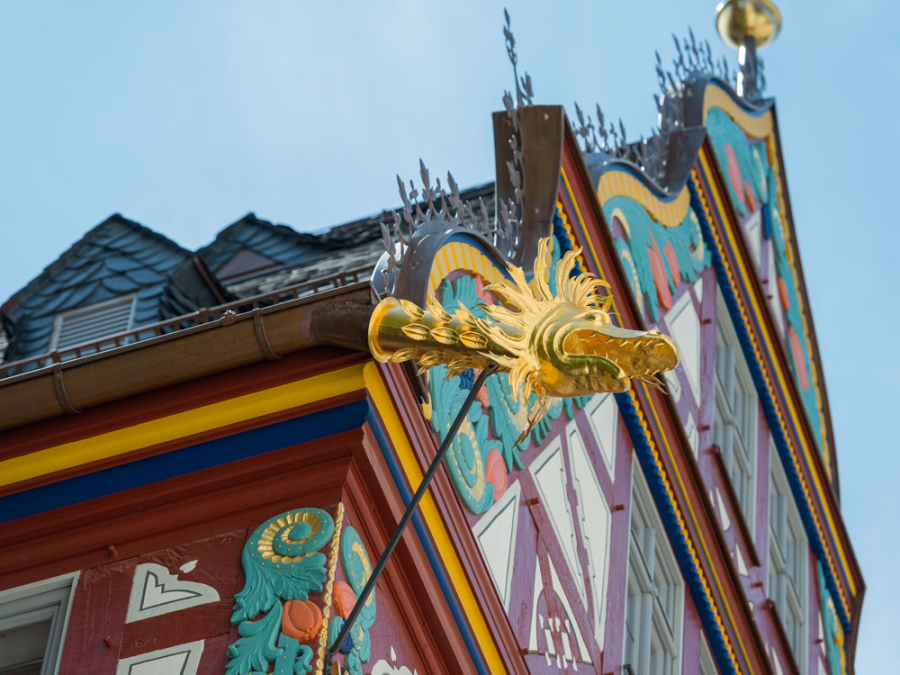 This fully reconstructed stately home dates back to 1618 and features original furnishings and a branch location of the Historical Museum Frankfurt.

The “Town House” is home to Frankfurt’s Archaeological Museum, a subterranean dig site and the oldest structural remnants of Frankfurt’s original inhabitants. It is made up of the “Kaiserpfalz franconofurd”, a former imperial palace, as well as a mediaeval cellar and a Roman bathhouse.

The “Golden Lamb” is a former patrician house with a beautiful rear courtyard made up of elements spanning four architectural periods, which once served as an outdoor sales market.

This famous plaza is home to the Stoltze Fountain, Rotes Haus – the former guild house of Frankfurt butchers – and the one-time residence of Goethe’s favourite aunt, Johanna Melber. Today, Haus Esslinger is the site of the Struwwelpeter Museum (Shock-Haired Peter Museum).

It was this path – stretching from Emperors’ Cathedral to Römer City Hall – that newly elected emperors took on the day of their coronation.