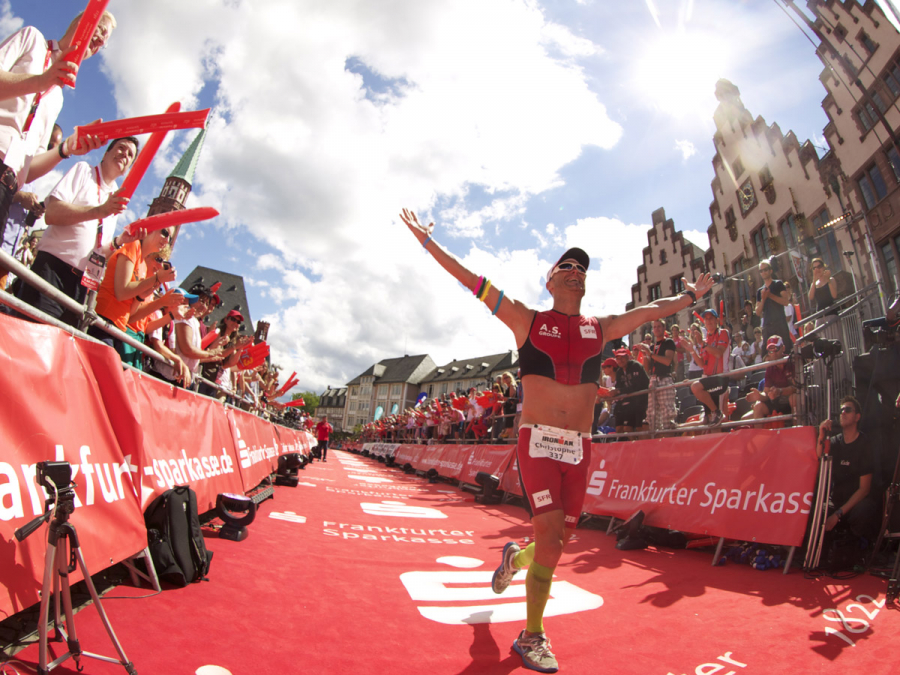 Frankfurt locals love their sport and their local teams. Professional spectator sport of the highest level is put on show by the Frankfurt Lions (ice hockey), Eintracht Frankfurt (football) and the Fraport Skyliners (basketball), to name but a few of the teams based in Frankfurt.

It’s not only the professionals who take advantage of the myriad sporting opportunities available in Frankfurt. The metropolis on the River Main also offers amateur athletes plenty of possibilities to “do their thing”. The city’s well-developed sports infrastructure provides a broad range of offers covering every level of sport.

There’s plenty to do for visitors and holidaymakers as well, including daily running groups, which may be joined spontaneously. They’re also a great way to discover the city’s most beautiful running trails. Fans of inline skating will no doubt find “Tuesday Night Skating” to their liking, with skaters taking to Frankfurt’s streets in their hundreds. Taking place from the start of April until the end of October, this open event kicks off at Hafenpark in Frankfurt’s East End district at 8:30 pm. While on the subject, Hafenpark also features a large skate park and a modern fitness trail. Those more interested in aquatic sports may choose to try some stand-up paddling on the serene River Main.